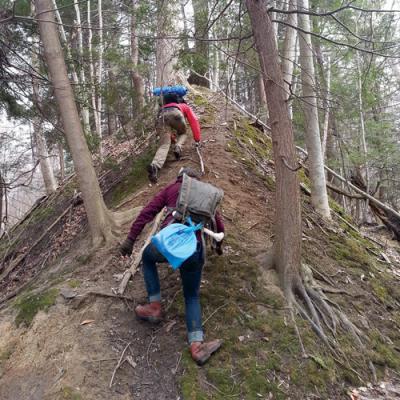 I arrive at the trailhead midmorning on a Sunday. Snow blankets the ground and the wind calls out with eerie howls as it whips through long stretches of black oak savanna on the horizon. A low and distant rumbling churns beneath it all. Moments before, I was westbound on Route 5, the sounds of traffic and city all too present. Now I am a lifetime away – solo on the tundra marching forward, I hear only the great roar of something wild ahead.

Erie Bluffs was officially established as Pennsylvania's 117th state park on June 4, 2004. It is the last undeveloped piece of property along the entire Erie County shoreline; about a mile and a quarter in total. The main trailhead sits quite a bit inland from the shoreline bluffs. In between are large swaths of meadow grassland networked by sandy perimeter trails.

A little over 12,000 years ago, Lake Erie wasn't Lake Erie. It was Lake Warren – a glacial lake with shoreline extending much farther inland, right about to where I-90 runs. As it receded to form Lake Erie, it left behind a series of great sand dunes.

Spending quiet time in the savanna is the surest way to catch a glimpse of the park's many unique wildlife inhabitants. Bald eagles drift inland as they patrol the shoreline. Occasionally stopping to rest, they perch high on branches surrounding open meadow. Take a pair of binoculars and go softly. 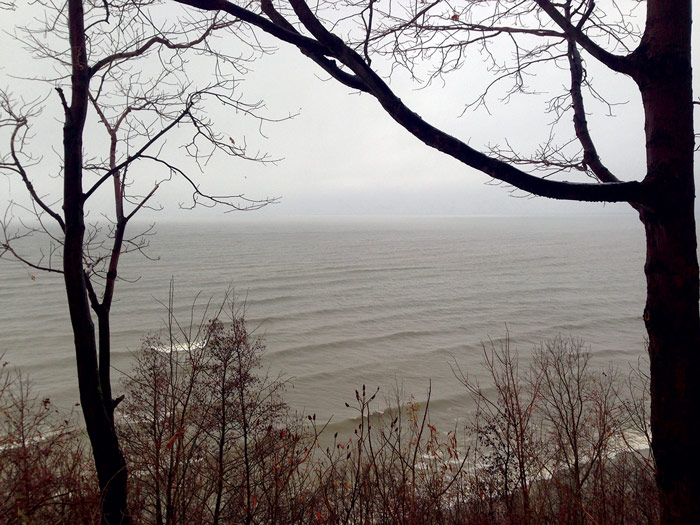 The rumbling roar grows louder as the meadow fades and I approach the treeline. There is great power beyond. An entrance appears at the far east edge and I cross over into a land of giants. Great tall trees tangled with monstrous vines tower overhead.

The path worms its way through the looming thickness and then ends abruptly, plunging 90 feet to rocky shores. The churning source of distant thunder is now revealed – endless lines of advancing blue-green waves drum at the cliffs below. A fresh cool wind finds me. I breathe deeply. I fade into it all, transported to an ancient place. I am grateful. I am minutes from home, having discovered another Erie Gem.