ORBS is a band formed from the creative overflow of musicians whose muses could not be contained into one project. 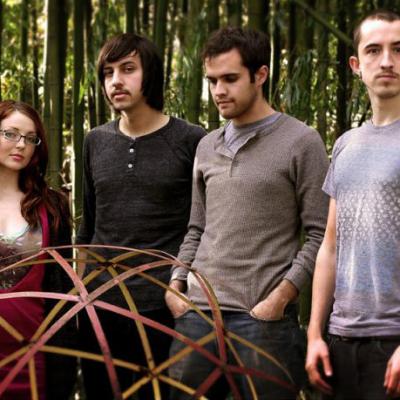 ORBS is a band formed not out of the ashes of other bands, but from the creative overflow of musicians whose muses could not be contained into one project. The supergroup is made up of members of Between The Buried and Me, Fear Before The March Of Flames, Trioscapes, and Cradle Of Filth. This lineup also consists of BTBAM bassist and Erie native, Dan Briggs.

"I'm excited to play Basement Transmissions, it's so important for there to be a good all-ages venue in town," Briggs said about returning to his hometown. "When I was growing up in Erie, everything I learned that helped me have a career in music was from having an outlet at all-ages shows in the 90s and early 2000s. I'm always excited to come back and play in Erie. There are always some butterflies and a lot of memories."

ORBS' second studio album Past Life Regression was recently released on Equal Vision Records on July 15. The members are no strangers to taking experimental liberties with their music in their primary bands, and continue to do so with their collaborative efforts in ORBS. The band's music is very dynamic, making it hard to place them in any one genre. Songs like "Lost at Sea" stick to harsh vocals and relatively heavy guitar riffs, while songs like "These People Are Animals" favor more synth than guitar, clean vocals, and a more avant garde song structure.

The level of complexity in ORBS' songwriting is difficult to understand from just reading words. The best way is to come to a show and hear them for yourself. – Tommy Shannon