Erie Organizers Call for Charges Against Protestors to Be Dropped

The federal charges stem from May 30 events in Erie 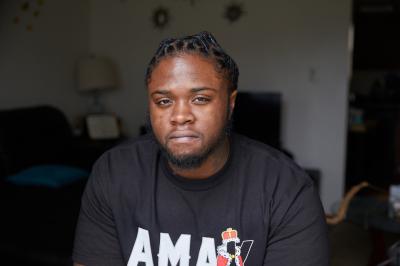 Erie County United, Erie Equal, and Erie Action have partnered in an effort to get charges dropped against protesters stemming from incidents following last May's riot in Downtown Erie.

Their petition – addressed to the United States Department of Justice and U.S. Attorney Stephen Kaufman -- states, in part: "Last year Erie saw some of the largest – and most violent – protests in the city's history. The response from Erie police was alarming, resulting in some cases to (sic) serious harm to people who were protesting. Erie police unleashed the very violence that the protestors were in the street that night to demand an end to."

Charges against Melquan Barnett of Erie highlight the petition. Barnett faces malicious destruction of property. This carries a minimum of five and a maximum of 20 years imprisonment.

Those behind the property in question, Ember+Forge, commented on the incident May 31 via Facebook, stating: "Ember+Forge was built to be a welcoming space for our Erie community. While yesterday's events have left us hurting, it pales in comparison to the grief in our Black community. We stand firm in our belief that the Erie community is strong and has a bright future - but this future only happens when all of our citizens are heard." The petition highlights this sentiment, citing statements issued by owner Hannah Kirby which express: "She does not fear for her safety from Melquan Barnett and others, but is afraid of those who are demanding that the punishment for them be as high as it is now."

Community activist Lisa Clark was at the protest last May when it turned violent. Clark is helping lead the effort in raising more awareness of the petition and what the overcharging of suspects does to marginalized communities.

"I stayed because I felt like I needed to stay standing in solidarity with everybody else, so I did get a firsthand perspective of everything that happened," explained Clark. "I can say that there was no sense of premeditated destruction -- that people were just all over the place, very confused, very emotional. Tensions were high all over the place."

Clark said the situation that night felt hopeless and frustrating because the protesters were there initially to fight against the very thing they experienced -- police brutality.

"This particular one (protest) brought together most of the disenfranchised communities, which may have a lesser experience in the proper way to demonstrate," said Clark about how this experience was different from previous rallies and protests in Erie. "I guess it's all based on circumstance."

The charges brought against Barnett and other protestors, to Clark, are excessive and problematic because "it just perpetuates keeping people held down in these poverty situations and keeping them from learning the right way to navigate our government and our systems." Clark recalled a quote from fellow activist Autumn Nicole Parker: "The disparaging consequences that continually perpetuates racist systems and structures that ultimately break down our communities of color. If we want to revive Erie, let's start with reviving the lives that we choose to condemn and criminalize without recognizing their humanity, just as we did for Dylann Roof, Kyle Rittenhouse and the Capitol domestic terrorists."

Discussing the curfew that was imposed and served as fuel to the arrests and riot, Clark noted the historic use of curfews against communities of color. "The government has been using the curfew as a way to oppress freedom of speech. The Supreme Court has yet to examine these curfew laws, which makes them very shady. It restricts the individual freedom to assemble and meet … they can lead to the arrest of individuals who are not engaging in any criminal activity," she said. Clark said her experience that night showed her "how the curfew was used to almost instigate a reason to arrest people, which is the exact opposite of why we were there. We were advocating for de-escalation. It's very frustrating."

The hope for the petition is to have all charges dropped against those protesting that night.

"We just want the Attorney General to know that the entire community is against these federal charges, and it is. It's wrong, the store owner thinks it's wrong. The community has come together and spoken, that we think it's wrong, said Clark. "I've talked to Melquan briefly, and he wanted to express to everybody his gratefulness for coming together and working for him and every other protester that's being prosecuted."