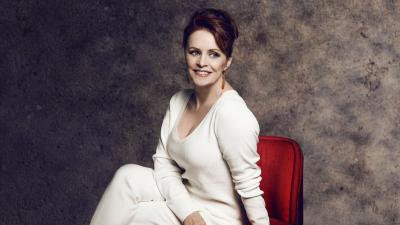 The Erie Philharmonic is starting its Pop Series for the 2022-2023 season with "Rock n' Radio with Sheena Easton," a concert featuring popular rock music from eight decades of hits. The touring show features Scottish singer-songwriter Sheena Easton, and is produced by Scott Coulter, who directed the "Music of the Knights" concert featured last season. That show featured music from Paul McCartney, Elton John, and Andrew Lloyd Weber, and was a success for the orchestra, selling out the Warner Theatre and dazzling Erie audiences.

"Get ready to rock n' roll down memory lane with an evening of music straight from the radio, featuring the biggest pop songs of all time," the Erie Philharmonic concert description reads. "Groove along to over eight decades of chart-topping hits from the greatest names in music history, including Frank Sinatra, Ella Fitzgerald, Carole King, Aretha Franklin, The Beatles, Elvis Presley, Whitney Houston, Lady Gaga, Elton John, Adele, and more."

Easton is a two-time Grammy winner, and has sold over 20 million albums worldwide along with being the first to have top five records on five of the Billboard Charts. She is known for her work in pop music, American standards, and film soundtracks, including hits such as "Modern Girl," "9 to 5," and the title track on the 1981 James Bond film For Your Eyes Only. Along with her Las Vegas residencies and tours across the globe, she's starred in Broadway productions, including the West End Revival of 42nd Street in 2017 and featured roles in Grease and Man of La Mancha. – Thomas Taylor