Piece to be performed during 'Beethoven 7' program 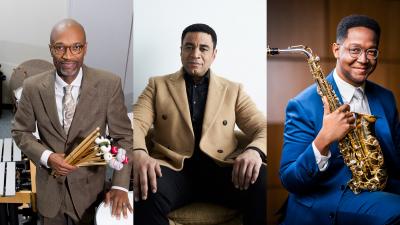 The Erie Philharmonic will be holding a world premiere of the commissioned piece "Harriet Tubman" by Timothy Adams Jr. for its "Beethoven 7" concert on May 14th. Along with the premiere, the orchestra will be performing three other works, including Jacques Ibert's Concertino da Camera, Alexander Glazunov's Concerto for Alto Saxophone and String Orchestra, and Beethoven's 7th Symphony.

"We are honored to commission a brand new work by African-American composer Timothy Adams based on the life of Harriet Tubman," the orchestra said in the concert description on its website. "Adams brings his eclectic and rich musical instincts to a subject so crucial to the understanding of our national identity. Scored for strings and percussion, this new work is destined to become a powerful statement to lead off our concert."

Adams is currently the Chair of the Percussion Department at the Hugh Hodgson School of Music at the University of Georgia after holding the position of principal timpanist in the Pittsburgh Symphony Orchestra for 15 years. He has worked with orchestras in Pennsylvania, Georgia, Indiana, Connecticut, North Carolina, and Florida, along with performing in concert halls across the world in Europe, Japan, Taiwan, Korea, Australia, China, and Malaysia.

"Adams is a prolific composer, having written solo and chamber works for percussion published under Mostly Marimba Publications. His timpani etude book, entitled, '75 Etudes for the Accomplished Timpanist' is self-published under his own, Demery Bennett Music," the University of Georgia writes in Adam's biography for the School of Music. "In 2008, Adams premiered his composition, Kyoto duo concerto for percussion and orchestra with the Pittsburgh Symphony and Andrés Cardénés as soloist."

Adams has worked with many prolific composers and musicians throughout his career, including Leonard Bernstein and John Williams as a fellowship recipient at the Tanglewood Music Center, and also with Yo-Yo Ma, Manfred Honeck, Luciano Pavarotti, Andre Watts, Tony Bennant, and Grammy-award winning jazz trumpeter Terence Howard. He was featured on an episode of Mister Rogers Neighborhood where he demonstrated percussion instruments.

The concert is also set to feature Stephen Banks, assistant professor of saxophone at the Ithaca School of Music and baritone saxophonist of the Kenari Quartet performing with the orchestra on pieces by Jacques Ibert and Alexander Glazunov. Banks has performed with The Cleveland Orchestra on many occasions and won First Prize at the 2019 Young Artists International Auditions.

Award-winning actor Harry Lennix will be the narrator for the concert, who is known for his work on The Blacklist, the Matrix films, and Zach Snyder's Justice League.