Mother's Day may be over, but mommy's memories live on. 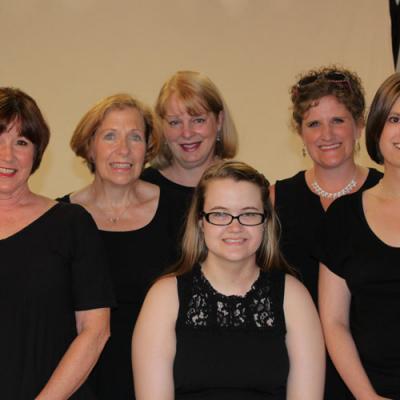 Mother's Day may be over (and already forgotten by other family members), but mommy's memories live on.

Erie Playhouse will present Motherhood Out Loud, a series of  fictional comic vignettes and monologues recounting the joy and angst of pregnancy as well as the begetting, birthing, and raising of kinder.

"We wanted to pull the idea of 'motherhood' down off a pedestal and explore the real people behind that label of 'mother,'" explained the show's director, Alaina Manchester.

"We wanted to pull the idea of 'motherhood' down off a pedestal and explore the real people behind that label of 'mother,'" explained the show's director, Alaina Manchester. "I hope the audience gains a new respect for the different mothers or caregivers in their lives and that those who self identify as such hear some of their own thoughts, concerns, or jokes reflected onstage."

But beyond traditional aspects of parenting, the show also explores nontraditional roles such as adoption, gay parenting, and step-parenting.

According to Richard Davis, producing director at the Playhouse, Motherhood met the standards for their monologue-based series, On the Edge.

"There are a limited number of good scripts out there that fit this bill, so when we come across a great script, we jump on it," explained Davis. "I really liked how Motherhood Out Loud addressed a variety of stages and looks at what it means to be a mother and to have a mother."

The Playhouse website does caution, however, that the show "contains strong language." (My guess is the expletives fly during any birth-related recountings.)

"I think our show is entertaining and funny while still highlighting moments of vulnerability," opined Manchester. – Gregory Greenleaf-Knepp