The Erie Renaissance Singers (ERS) will welcome the Vocal Art Ensemble (VAE) from Davis, California for this year's summer concert at the Cathedral of St. Paul.

by Tracy Geibel
View ProfileFacebookTwitterRSS Feed
June 22, 2016 at 11:15 AM 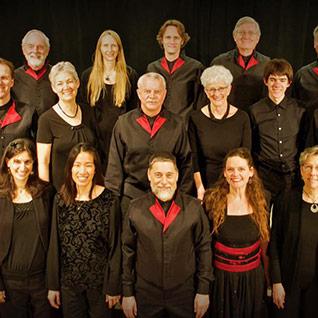 The Erie Renaissance Singers (ERS) will welcome the Vocal Art Ensemble (VAE) from Davis, California for this year's summer concert at the Cathedral of St. Paul.

Beginning in 1999, ERS has made a reputation for itself and its "exquisite choral music." The Post-Journal from Jamestown, New York said that one performance had audience members so "deeply involved" that they leaned forward in their pews to participate in the concert.

Now under the direction of Steven Woods, ERS was led by its founder, Carolyn Brock, for more than a decade. The group strives to uplift and connect with audience members through its music, which is held to consistently high standards.

Led by Tracia Barbieri, VAE is incorporating elements from its "Rooted" concert in a tour that leads group members through Pennsylvania, upstate New York, and Toronto, Canada; Erie is one stop along the way. The group was formed in 2008 with a mission "to blend musical artistry, passion, and camaraderie." Like ERS, the VAE hopes to nurture and grow human connection with its choral music.

Dick Frantzreb from the Sacramento Choral Calendar called its performances a "visual and auditory feast."

VAE toured England and Scotland in May 2014 and Ireland in 2010. In 2012, VAE won the American Prize for Creative Programming and Collaboration, and in 2014, it played an important role at the SacSings choral festival in Sacramento, California. – Tracy Geibel