Passing the torch to the next generation 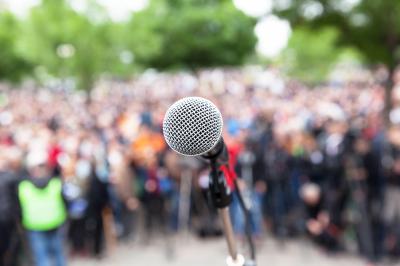 Adobe Stock
Democratic National Committee member and former chairman of the Erie Democratic Party Ian Murray advises young leaders to remain true to the ideals that would motivate them to run for office in the first place, rather than seeking power or influence for their own sake.

Erie is in the midst of a transformative political moment, and the very future of our region is at risk. The older generation of political leaders — myself included — need to step away and open the door for a younger generation of leaders at every level of government.

It was a lifetime ago when politics first entered my heart. The foundation first was that I had two loving parents, who instilled in me the basic tenets of fairness, justice, and equality.

I was fortunate when in 1961, at the age of 12, the late Erie civil rights icons Mildred and Howard Horton befriended me, and for the rest of their lives always welcomed me as part of their family. At 12 they took me to my first City Council meeting and my first school board meeting. I was a child of privilege and they taught me each day about the basic inequalities of those times, many of which continue to fester today.

Over the years I worked with so many of the late great leaders in the struggle for civil rights: Jesse Thomason, Alex Thomas, Paul Marti, the Hortons, Irma Lindsay, Bobby Harrison, and Ben Wiley, among others. They were fierce advocates for justice. They were unyielding in their core beliefs and values.

I later chaired the Erie Human Relations Commission in the 1970s and worked with the late Cesar Chavez when he was organizing the United Farm Workers. I worked on my first campaign in 1971 and teamed up with Fred Rush in 1976 to run our first campaign for Larry Meredith for Erie City Council, who would become Erie's first African-American elected to public office.

When I announced my candidacy for chairman of the Erie County Democratic Party at age 31, not one elected official supported my campaign; still, I became the Party chair in 1986 and served for 12 years. It was a turning point in local politics not unlike the moment we find ourselves in today.

At that time, I did not become a leader for the sake of power and position.

Many years ago I was locked in a four-year battle with a former mayor. By that time, I had become the politician I rallied against in 1986. I realized then, that the political heart of my youth was lost. This mayor and I have long since addressed our differences and are now friends. But I learned then that the challenge for effective leadership is to leave power at the door to bridge with your adversaries, find the common ground, and then speak with one voice.

In Erie that means a voice speaking for a region.

We must repudiate those whose only goal is to traffic in accolades. Childlike squabbles over petition challenges and other objections have shed light on how dysfunctional and out of touch our Democratic leaders have become.

We can no longer tolerate support of elected officials whose sole motivation is to hold power and influence. We have seen this dance nationally and at all levels of elected leadership. This, of course, creates its own pathology. This thirst for power and the need to hold on to it has created leaders who have shut the door to the generational voice of younger citizens.

Over the course of my life, I have worked and run countless campaigns, I have battled many adversaries, have made friends, made enemies, and made mistakes. The greatest lesson I learned is that absolute power corrupts and blinds the soul. The longer one holds on to power, the greater the danger they face of no longer nurturing and promoting the visionary and young leaders of tomorrow.

A Tale of Two Races

It's time they have our support.

by Madeline Bruce5/26/2020, 5:26 PM
$550 million in additional funds could be earmarked for small businesses via CARES

by Hannah Wyman5/22/2020, 3:44 PM
Warm weather works in favor of outdoor construction yet still does not open city parks

Leading Through the Times of COVID-19

Leading Through the Times of COVID-19: Full Interview