Harnessing the power of neighbors and young people to move Erie forward, collectively. 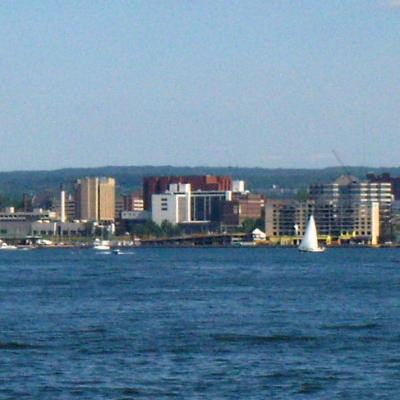 According to the city of Erie's recently adopted Comprehensive Plan, our primary hurdle is in making Erie a "community of choice" by tackling blight and restoring a sense of belonging in our neighborhoods.

With 9,500 residential properties showing signs of moderate to severe distress, we have to identify and implement an array of strategies to arrest the downward spiral of disinvestment and decay, effectively stabilize property values, and strengthen the physical and social fabric of neighborhoods citywide.

For years, many have advocated for a land bank and enhanced ticketing options for code violations, though these tools can only get us so far.

Erie has always been a community of makers, doers, and innovators. Therefore, a more complete response requires that our local government embody and enable those characteristics to overcome the challenges addressed by the Comprehensive Plan.

A few years ago, Mayor Sinnott rankled at the prospect of joining forces with Erie County on the Summer Jobs and More (JAM) program, aimed at providing Erie's youth with soft skills and direct work experience necessary for hope and future employment.

Sinnott argued that the city already spends hundreds-of-thousands of dollars each year to engage kids in parks and summer programs, though the refusal probably had more to do with municipal isolationism.

Although that opportunity was temporarily lost, we should revisit such a partnership – with regional cross-sector financial support – as a chance to tackle our city and region's blight and community disconnect.

If we want a true leap forward, we need to equip young Erieites with the mission, tools, and support to tackle blight in our community, thus assuring their place in the history of Erie's renewal and encouraging them to continue making Erie a great place to live.

In 2012, as a capstone project for my fellowship with the veteran organization The Mission Continues, I worked with the Bayfront Eastside Taskforce (BEST) and dozens of veterans and community members to clean up both occupied and unoccupied properties on Erie's east side.

The story of the grandmother we helped – whose house had fallen into disrepair – is an all too common one: Because of her health conditions and restricted income, she could not keep up with basic maintenance, which negatively impacted her property and the property values of her neighborhood. Together, not only did we make significant improvements to the appearance of her home; we also connected her to neighborhood resources and built a level of civic ownership toward one person's struggles.

On Saturday, July 16, I woke up early, put on an old pair of combat boots, filled my Army rucksack with tools that I had laying around, and drove to the hard-hit Homewood neighborhood in Pittsburgh. There, I joined area post-9/11 veterans from The Mission Continues Pittsburgh Service Platoon on a new initiative called a "LLFT Patrol," which stands for listen, learn, fix, and train (pronounced "lift").

We walked through the neighborhood, spoke with and listened to the area residents about their community, learned about the problems and strengths that mattered to them, made minor fixes around their homes, and provided them with information on resources for further assistance that they might need. This day of action tackled the problems of social disconnect and blight head on, by seeing everyday people as both the focal point and the solution.

Meanwhile, Erie's area universities, and neighborhood organizations like BEST, Academy Neighborhood Association, SNOOPS, SSJNN, and Our West Bayfront – along with groups like ServErie, PRI Community, the Youth Leadership Institute of Erie, Ramps of Hope, and Habitat for Humanity – continue to be leaders of citizen-driven improvements to homes and communities.

If Erie wants to develop an intervention that directly confronts the imbalance of livable neighborhoods, to restore confidence in the city and the housing market, and to rebuild a sense of community and trust, this can be done through a mutual reinvestment where it is needed, in partnership with neighborhood organizations, the county, and our young men and women.

We need to adapt the county's summer jobs program to enlist teenagers and place them with neighborhood organizations, paying them for their time to go door-to-door, speaking with homeowners and assisting them with minor assistance around their homes, connecting them to other community resources that can help with the more long-term or big-ticket issues, and doing so in a big way.

This would be a significant improvement to the Summer JAM program as well, as it expands the focus beyond just the business environment and incorporates a civic-building approach. Further, it would help develop interpersonal skills, teamwork, and even entry-level experiences to other fields of work.

Additionally, we need to regularly mobilize municipal services as part of the community rebuilding by sending city officials, police, public works, and code enforcement officers – along with social workers from area agencies – as an integrated support team.

What stands to be our city's greatest challenge can also be the greatest opportunity in building up our next generation, and a chance to redefine Erie as a community of choice because of our people and our unwavering commitment to revitalization that puts them front and center.

Jay Breneman can be contacted at jbreneman@eriecountygov.org.