Ernie Krivda Brings Refreshing Jazz Fluency to the Anchor In

If you find yourself gasping for air in a sea of C-F-G monotony, step downstairs and enjoy the oxygen-rich environs of a live jazz setting, free of charge. 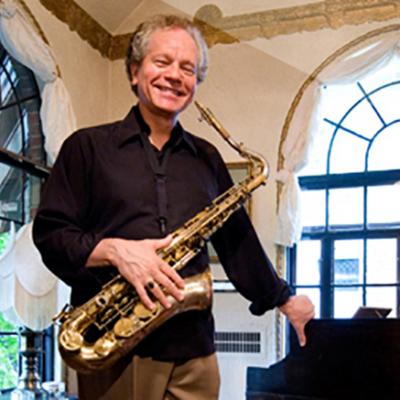 The accommodations at the Anchor In may be snug, but nothing volumizes like open chord voicings and a breathy tenor sax (I'd insert a Kenny G mane-whisk here, but he plays soprano in an instrumental pop – NOT jazz – application. Sneer, sneer. Scoff, scoff).

If you find yourself gasping for air in a sea of C-F-G monotony, step downstairs and enjoy the oxygen-rich environs of a live jazz setting, free of charge. (After all, who charges for air?) Cleveland saxman Ernie Krivda has music running through his veins (father Lou) and plenty of lung capacity to feed it. With 30 albums spanning over five decades, he has more than acclimated himself to the jazz scene's greatest heights. After graduating from the Cleveland Institute of Music, he began his ascension through the Northeastern Ohio club circuit and became the understudy of legendary alto saxophonist Cannonball Adderley, earning gigs with some of the biggest names in the jazz pantheon. He has toured with Quincy Jones and performed with Ella Fitzgerald, Sarah Vaughan, Groove Holmes, and Dizzy Gillespie.

Like all the best players, Krivda speaks through his instrument with great fluency, laced with the nuance and idiosyncrasy you'd expect from someone who was born into the language.

Like all the best players, he speaks through his instrument with great fluency, laced with the nuance and idiosyncrasy you'd expect from someone who was born into the language. From stuttering staccatos to quivering vibratos to loping legatos, he can shift dialects seamlessly between musical passages. His music with his own quartet recalls classic Blue Note records of the late 1950s and 1960s, incorporating the Latin and soul elements of the hard bop subgenre that dominated the era – accessible without being utterly predictable.

This edition of the Friday Night Jazz Series (with resident guitarist Frank Singer) will focus on standards in lieu of originals, but by no means does that imply a stale experience. The beauty of jazz is that each soloist can color the same picture with an entirely different palette (and no, Kenny G apologists, not in Duotones).