The sale of the Millcreek Township Water Authority presents another "bad deal" for Erie City residents. 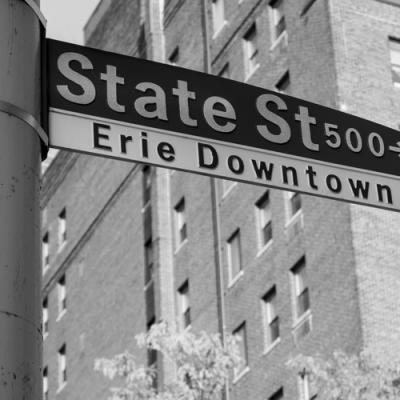 That sucking sound you may have heard if you have been following the recent negotiations between the Erie Water Works, the authority that operates the City's water system, and the Millcreek Township Water Authority has nothing to do with water. It has everything to do with the life being sucked out of the City of Erie in the name of "regionalization."

A bit of background. The Erie Water Works (which leases its water system from the City) has been courting the Millcreek Township Water Authority in an effort to purchase its assets, including its customer base of some 7,500 Millcreek residents for some time. Water Works has set aside $25 million to pay for the purchase. The rationale of Water Works, according to Paul Vojtek, its chief executive, as reported recently in the Erie Times-News, is that the combination of the two systems will eliminate duplication of services and administration, leading to cost savings and "rate stabilization" for all Water Works customers including those in the City of Erie. The savings will pay for the acquisition cost, according to Vojtek.

Recently, the Millcreek Township supervisors voted 2-1 to approve the sale. In supporting the sale, Supervisor Richard Figaski revealed the real motive behind his support. Figaski was quoted as saying that he believes the deal will lead to extension of water lines and greater development in the western and southern parts of the county, which is really to say more development in Millcreek Township. Figaski understands that more development means more taxes to feed Millcreek's ever-increasing need for revenue.

Mayor Joe Sinnott had commissioned an independent valuation of the Millcreek water system, which placed the value at $8.7 million and has stated that he would oppose any sale that involves a purchase price significantly higher than that figure. Reportedly, the terms of the deal provide that the Water Works would pay $12 million at closing, and a million per year for 10 years, a whopping $22 million for the assets of the Millcreek system. Figaski, in explaining his support for the deal, was quoted in another Erie Times-News article as saying this is not a windfall to Millcreek Township, but is a "step toward regionalization." According to Figaski, "[r]egionalization... is not a dirty word." Supervisor John Groh, who also supported the deal, chimed in that he believed the deal would help the region. Which is again to say Millcreek Township. Not only in increased taxes from the development, as Figaski noted, but in the $22 million payout to the Township.

Following the supervisors' vote, the Millcreek Water Authority, in an obvious political power play, also voted to approve the deal, but with an amendment that would require the Erie Water Works to have two Millcreek Township appointments on the Water Work's board. These appointments would be made by the Township Supervisors. The Board currently has nine members, and its bylaws require that at least three be non-city residents. Currently, there are two board members from Millcreek. This latest move could scuttle the deal. Let's hope so, because this is another in a line of bad deals for the City done in the name of "regionalization."

Ladies and gentlemen, please hold onto your seats. I did not think I would ever say the following statement: I agree with Sinnott that this deal should be opposed. However, not simply because the cost is outrageous. I agree that the Water Works has significantly overvalued the Millcreek system. The Water Works is really buying customers, customers that it desperately needs to cover the costs of its crushing debt. Now, although I believe the cost is reason enough to oppose the deal, my fundamental opposition to this deal is that as a citizen and rate payer in the City, it stinks. From the City's standpoint, this is not regionalization at all, but more sprawl that will lead to further depopulation of the City at ever-increasing and alarming rates, with no real return to City residents.

Water Works argues that the deal will lead to rate stabilization that will benefit both Erie and Millcreek ratepayers, and while this argument may be true, it ignores the demographic trends that are killing the City – trends that will only be exacerbated by this deal. Namely, the City's loss of population and corresponding tax base that continues unabated. Where are the people of the City going who have a choice? Well, take a look on Water Works' website at the number of projects that have extended water lines throughout Millcreek Township, Harborcreek Township, and other parts of Erie County. Erie County has had no population growth in 35 years. All of the development that has occurred in those areas – thanks to water – has come at the expense of the City.

So, as Mr. Vojtek argues, there will likely be rate stabilization; however, as this deal fuels additional sprawl, the City's population will continue to exit, leading to more depreciation of the City's tax base and yet higher taxes, continuing the vicious cycle the City now finds itself in. What City residents may gain in "rate stabilization," they will more than give up in increased taxes and diminished services.

Folks, this deal is similar to the "regionalization" of the airport authority I wrote about last year. Once again, the City built an asset that benefited the entire region and then gave it away in the name of "regionalization," without getting anything tangible in return. As I wrote last year, the City could have realized perhaps $40 million or more in the airport runway extension deal if the airport had been sold to the new authority. That money could have been used to rebuild infrastructure and neighborhoods, hire more police to deal with the wave of gun violence, and significantly reduce taxes. Instead, we got practically zilch for a project that has demonstrated no return on our investment. Here, we continue to "regionalize" the water system at a tremendous cost to the City. Isn't it ironic that Millcreek gets paid for its assets, but the City gives them away under the guise of regionalization?

This latest water deal is similar. And let me be clear about one thing: I do not oppose the concept of the deal. Once you get it down to a reasonable and fair price, the savings from increased efficiencies are as real as the consistent delivery of services. The fundamental problem with this deal is that it comes at a very high price to City residents, who built the water system and will get very little return on their investment. Actually, instead of a return, this deal clearly leads to more sprawl and depopulation of the urban core.

If you really believe in regionalization, not just regionalization at the cost of the City, then for every water line extension, every new subdivision development, and every new home and business that taps into those lines, you would agree that the City should get a cut of the new tax dollars created by those developments. That would be regional revenue sharing. It would represent a return on the City's investment in the water infrastructure, without which the suburbs would be little more than rural hamlets. It would allow the City to put dollars into rebuilding itself and cutting taxes, making the region a more level and fair playing field and, perhaps, allowing the City to recapture some of the people it has lost and grow again. Such a positive development would strengthen the core of the region and allow us to compete against other areas of the country, not just against ourselves in Erie County.

Hopefully, the political power play by the Millcreek Water Authority will kill this deal. The fact of the matter is that the City and her residents have been on the giving side for over a half of a century. In a few short years, the City will have nothing left to give, or to be taken from her, and ultimately, the "region" will have to pay a price.