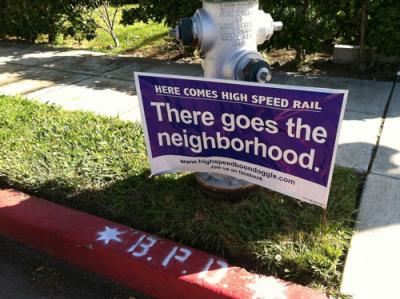 NIMBY u2014 Not In My Backyard u2014 derailed the potential for an in-land port in Erie. Whether it will halt or stall other initiatives in the future remains unseen.

As you read this current issue of the Erie Reader, you'll notice that we are taking some time to honor Erie's industrial past, sort of the DNA that has defined this region for more than a century. Vestiges of that past are alive and well and still driving our economy. General Electric remains a vital component of Erie's economy, as do many smaller and lesser-known manufacturing companies.

However, more importantly, we are also taking a look at where industry stands at the present time in terms of innovation, investment, and entrepreneurship. And, from my perspective, I believe it is necessary to take a critical look at what we are doing here in the region to promote industrial investment, growth, and ultimately what matters the most, jobs.

In this regard, it was quite disheartening to hear of the "new direction" Erie's primary economic development agency, DevelopErie, is taking after the recent departure of its executive director, John Elliott. As you may recall, Elliott resigned from the organization rather abruptly after it was announced by DevelopErie that the innovative Inland Port project was essentially dead in the water.

You will recall further that the project attempted to address the logistical shipping needs of primarily local manufacturers by a creative intermodal use of such regional assets as our port, highway system, and rail. The project had the potential to create a significant number of jobs, and, just as importantly, put the Erie region on the radar screen as an innovative place to do business.

Unfortunately, the project was derailed essentially by well-intentioned NIMBYs in Harborcreek Township due to the claim that they would be exposed to increased truck traffic and noise.

Recall also, that rather than stand up and support this man who had the guts to reach for high hanging fruit, most of the elected leadership pandered to the complainers. And now, there has been a collective attempt, both by elected officials and to some extent, the media, to blame Elliott for the failure of this project.

In a recent interview with the Erie Times-News, the new chairman of DevelopErie, Mark Denlinger, was quoted as saying "[w]e pissed some people off." And that "[w]e need to take a step back...[w]e can't always be at the forefront. It is not for us to be in the forefront thumbing our nose, saying we can do this better than anyone else."

Bob Glowacki, chairmen of the Greater Erie Industrial Development Corporation, a related DevelopErie entity added: "We tried for six years under [Elliott's] leadership to be transformational. My feeling is let's get back to hitting singles and doubles, not the grand slams with two outs in the ninth."

I could hardly believe what I was reading. Pissed some people off? So what. Not in the forefront? Well who is in the forefront leading the Erie region's economic development efforts? Thumbing our noses? It seems to me that any leader who gets out in front is accused of the same thing. Singles and doubles? That's fine in a close game where the Erie region remains competitive. But folks, from an economic standpoint, the Erie region really is in the bottom of the ninth with two outs. The Inland Port project represented a chance to win the game with the bases loaded and two outs. Instead, we struck out and basically fired the manager.

Now, I don't profess to know the inner workings of DevelopErie's board or its financial issues. What I do know was that John Elliott was an innovative and courageous leader, the type we need so desperately to turn the tide on Erie's forty-year slide into economic depression. And when someone like Elliott comes along and presses for an innovative and creative investment in our region, one that could produce fruit for generations, we instead pander to a group of complaining neighbors and then blame Elliott for not kissing enough ass to get the job done.

Well folks, true change, and for that matter, innovation and entrepreneurship, comes from risk taking, not from conservative, test-the-waters thinking. To be sure, the risks need to be calculated. Nevertheless, the Erie region is not going to grow and prosper when we search for the perfect project, or the perfect location for a project, so that it won't offend anyone. Heck, in Erie, we have practically raised NIMBY to a constitutional right.

In the instance of the Inland Port project, the real blame for the failure of this project lies with the fact that the Erie region has no collective economic development plan or strategy. This is further compounded by the fact that there is no leader advocating for a plan. Instead, we have pandering township officials and elected officials throughout the region who failed to get behind this project. As I have written about previously on this very subject, why in the world do we allow what are truly regional development projects to be subject to the whim of a few township supervisors? And, because of the lack of driving leadership from elected officials, we need to rely on people like Elliott to stick their necks out and pursue these opportunities. But when they do, and when they invariably "piss some people off," then we cut their head off, run into a corner and retrench.

Folks, DevelopErie is, or was, the region's leading economic development organization. The County doesn't even have an economic development office any more. And the City, all it does is manage grant money. So when Denlinger states that the organization was a little "overzealous" in the pursuit of this project, I say that they were not zealous enough. Certainly the region's elected officials lacked any zealousness, except in the way they climbed over each other to pander to the complainers.

Thus, as we critique the current status of industry in the Erie region with an eye for growth in the future, certain conclusions are undeniable. First, we need a collective strategy, a plan of action. Second, we need the endorsement of elected officials and their support of the plan, even in the face of opposition from their constituents. And finally, we need real leaders, men like John Elliott to put the plan into action, come hell or high water.

This might get the Erie region's industry into extra innings and maybe even win the game.