Star comedian brings it on at the Avalon 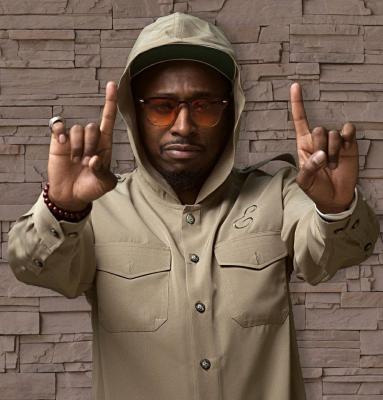 Comedian Eddie Griffin calls it like he sees it — and while he may at times paint a picture some of us don't want to see, he does so with the charisma and uncompromising honesty to make us laugh despite ourselves.

Hailing from the American Heartland in Kansas City, Griffin has never been afraid to speak from the heart. "Being real" has served him real well throughout a professional career now in its 30th year. After cutting his teeth in the New York City stand-up circuit, Griffin moved to Los Angeles to be nearer his family, subsequently finding work in TV and film. He has been involved in 60-some projects, but he is most noted for his role as motor-mouthed tow truck owner Eddie Sherman in the late '90s sitcom Malcolm & Eddie and as the titular character of the 2002 blaxploitation parody Undercover Brother. Most recently he appeared as the pastor who married Lady Gaga and Bradley Cooper's characters in A Star is Born.

Stand-up, however, is where Griffin's star most continues to shine. In between television and film projects, Griffin holds a residency at the SLS Hotel Las Vegas, performing there Monday through Wednesday before taking his show on the road for the weekends. Erie's Avalon Hotel & Conference Center is set to be a pit stop on his latest excursion, with a full evening of activities planned surrounding the show.

Producer, former manager, and native Erieite Ann Flagella could not be more excited to share this with her hometown. If you haven't seen him live in the past year, "his entire set is new. To watch comedians everyday, it's hard to make me laugh. I was literally in tears … everything hurt when I was done watching his show."

Opening for Griffin is up-and-coming local Kyle Harris, whose meteoric rise has taken him from Erie open mic nights to the Stratosphere (Casino, Hotel, and Tower in Las Vegas) in less than a year. According to Flagella, the bigger stage did not daunt him at all. "There was no fear. When you're doing exactly what you're supposed to be doing, you can tell."

And as far as what you could and should be doing? At minimum, attend the main event from 8 to 10:30 p.m. If you truly want to make a night of it, show up early for the hour-long pre-party with DJ Salt (beatmaker and producer for many of Erie's best rappers) and/or stay late for the afterparty at Bolero for an additional $20. Flagella estimates there is a better than 90 percent chance Griffin himself will pop by. Meanwhile, enjoy complimentary appetizers courtesy of Valerio's, a cash bar, and full bottle service. Star 104's Kwame Dankwa will play host for the evening.

The event is expected to sell out, so be sure to tune in quickly. — Matt Swanseger