Explore the biases of the break-up with The Disappearance of Eleanor Rigby: Him and Her

FILM at the Erie Art Museum kicks off a new season with a double-feature. 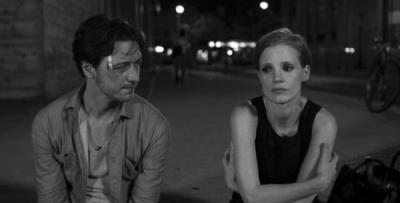 Relationships – especially romantic ones – can turn us into unreliable narrators. Intimacy often comes at the expense of objectivity, and an accurate assessment of a rough break-up is typically tough to muster.

If you've ever wasted months obsessing over the details of a doomed love affair, director Ned Benson feels your pain. To offer a more complex glance at the contours of a relationship, he split his recent film, The Disappearance of Eleanor Rigby, into two feature-length interpretations of the same narrative.

As you might guess from the masculine pronoun in the title, The Disappearance of Eleanor Rigby: Him approaches the story of a young couple reckoning with the loss of a child from the perspective of the father. Her repeats the same narrative from the woman's point of view, making it clear that the highly personal nature of the grieving process can undermine the bonds that healthy relationships are based on. On Feb. 11, the Erie Art Museum will invite you to draw your own conclusions as both films are screened together

For cinephiles, this obsession with contradictory narratives is known as "the Rashomon effect" – named after Akira Kurosawa's multi-perspectival 1950 murder mystery. Last summer, director David Fincher used the technique to tear away at the artifice of another doomed romance in Gone Girl.

Rigby tells a less cynical story. The focus here is on the inability to maintain emotional bonds in the wake of a tragedy. Expect something similar to Michel Gondry's 2004 cult classic, Eternal Sunshine of the Spotless Mind, where warmth and playfulness are prioritized.

If spending over three hours analyzing a doomed romance sounds exasperating, the strong cast might convince you it's worthwhile. The always-reliable Jessica Chastain plays the title character, whose father is a Fab Four super-fan (hence the movie's name). Chastain brought steely swagger to Zero Dark Thirty as she hunted Bin Laden, but films like Take Shelter show that she's also capable of great kindness.

Rigby kicks off the Spring Series for FILM at the Erie Art Museum, so drop by early (around 6 p.m.) to see what's in store for the coming weeks.