Getting the good credit 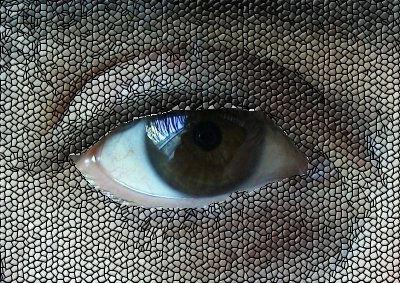 March 7's City Council meeting was on the quiet side. There was less public input, quieter voices, and fewer citizens to be heard. Much of the calm had been forced as Council put the squeeze on one of the few who did speak at a meeting, in line with the year's renewed chamber orders. A few days earlier, the cops had nabbed four Occupy Erie protesters for demonstrating in a bank downtown.

Constituents were quieted by tighter restrictions and slimmer ranks, while Council rode the calm, cheering its own focus. Council benefited from less opposition, in what was a comparatively empty room.

T-3—local businessman Randy Barnes—returned to Council charged, gassing his front against what he has deemed conflict of interest on City Council. Barnes named eight PNC bank employees, in various locations, who he said resigned from public office to avoid conflicts of interest.

"See, that doesn't apply in Pennsylvania," Barnes said, "We have a vice president of PNC Bank, sitting right in front of me!"

"You're right," Jones answered, But what we need to understand is that we've had some resolution on this issue. And so I need you to keep your comments as broad as possible."

Jones was likely referring to the Pennsylvania Ethics Commission's decision not to investigate Councilman Joseph Schember, after a preliminary investigation turned up insufficient evidence. Apparently, a complaint was filed with the commission regarding two city-related bonds that were underwritten by Schember's employer, PNC Bank. Apparently Jones felt the commission's findings altered Barnes' liberties when speaking to Council.

Barnes continued on other issues, touching on the fact that the public employees PNC asked to resign included a range of positions. "An auto loan processor? He's an auto loan processor, and PNC Bank says he's gotta resign, but yet it's okay that we have a vice president on our Council?" Barnes ended saying he'd offer the rest of his time to Schember, so that he could explain why Barnes shouldn't use his name when addressing council.

Heather Garczynski approached Council asking about Erie's recent property tax increase. She wanted to know why a poverty-stricken city like Erie would up taxes and force citizens to foot the bill. "The taxpayer, with the high-rate of poverty, is the one who absorbs that problem," Garcynski said. "I understand that there's nothing the mayor can do about this. When you go down the list of possible revenues for the city... you guys' hands are tied."

Garczynski offered management alternatives she thought would ease pressure on citizens. What she may not have realized was that former Councilman Pat Cappabianca had offered three different solutions during the most recent budget session that could have derailed the property tax increase she spoke of.

Cappabianca's resolutions were shot down by a group of councilmembers who had pushed through policies several times last year in a similar fashion.

Throughout the meeting, councilmembers applauded the fact that Erie's credit rating had been updated recently from triple B to A-minus. Jones applauded seeing the first fruits of the recent changes in reference to other business. Council voted through the refinancing of some city bonds as well. Councilmembers said the measure would save money in the future.

Later in the meeting, Schember recounted a story about his personal faith, friends' good fortune, and the will of God. Schember, who said he was Catholic, confessed to having "trouble with (his) faith from time-to-time," noting that an experience he had recently, had "renewed it in a special way." He told the story of a man who had been sentenced to life in prison after participating in a robbery in which a man was killed. A series of bad breaks had thwarted the man's apparently well-deserved commutation time and again, Schember said, but somehow, through it all, the man still kept his faith. When asked how he'd preserved his faith through all the troubles, Schember said the man answered with a statement that seemed to be the grounding point of his entire tale: "It must be God's will that I'm here."

Later, Councilman Jim Winarski voiced more support for Schember. "We come here every week and listen to our citizens to be heard," Winarski said. "One councilmember in particular up here that's name has been mentioned more often than not sometimes, but not in the correct manner."

Winarski spoke with rhythmic hand gestures that seemed to punctuate his statements, rarely lifting his head toward the crowd.  He said Schember was financially responsible, knowledgeable, and the best for the job. "We went from junk bond status to an A-minus rating," Winarski said. "It was done by making tough decisions. We need a guy with the financial expertise to be on this Council with us."

Three of four of the protesters, who were arrested February 29, at PNC Bank have entered not-guilty pleas. They were at PNC protesting an entity called the American Legislative Exchange Council.

Good credit can get you nice cars. That's something good about good credit.

Good credit can get you nice trips. That's also something good about good credit.

Good credit can ease the mind.

But while good credit can ease so many of life's costs, does anyone know the real cost of credit?

Well, I don't want credit for that.

Sometimes the price is still too high.