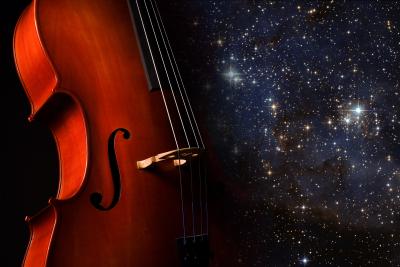 Coming soon to a theater, not so far, far away.… It's a story that has captivated generations of movie-goers, a soundtrack that has kept audiences on the edge of their seats, and a film that launched a franchise that took off faster than the Millennium Falcon. The music from Star Wars: A New Hope will be performed by the Erie Philharmonic on Saturday, April 30, with a matinee performance on Sunday, May 1 at 3 p.m. at the Warner Theatre.

The Erie Philharmonic will perform Oscar-winning composer John Williams' legendary score to Star Wars: A New Hope with full accompaniment in tandem with the action on-screen. It all starts with the dramatic opening title sequence that every fan has come to know and love. The Philharmonic will continue its journey through the 1977 classic, starting in the seedy underbelly of the cantina and taking you to the edge of the galaxy. Star Wars fans won't want to miss the epic intergalactic shoot-outs and emotional realizations that the Erie Philharmonic will add a texture to as it fills the theater with these memorable compositions. All of this will lead to the climatic fight between Darth Vader and Obi-Wan Kenobi, a scene in which viewers are enthralled and the music brings out the emotion of the film.

The force is strong as the Erie Philharmonic brings Star Wars: A New Hope to life in a way that you've never seen before. Trust me, Yoda not want to miss this.