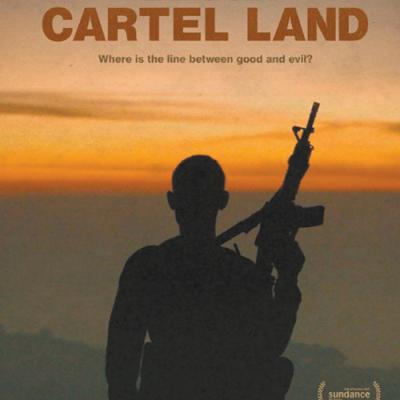 The more interesting of the pair is Matthew Heineman's disturbing 2015 documentary Cartel Land, which offers an intimate look at the violence animating both sides of our southern border. Its most illuminating segments profile the morally ambiguous work of José Manuel Mireles, leader of the Autodefensas – a vigilante group created in the Mexican state of Michoacán to combat the brutal Knights Templar drug cartel.

Cartel Land offers a warts-and-all profile of Mireles, who emerges as heroic, brutal, and manipulative all at once. Better still is the film's unflinching glimpse of the social disarray in southwestern Mexico, where cartel violence infiltrates everything from families to police departments to the Autodefensas themselves.

Mireles' story is contrasted with that of Tim "Nailer" Foley, leader of an American vigilante force called Arizona Border Recon. Foley, whose organization is considered a hate group by the Southern Poverty Law Center, is treated with somewhat disturbing sympathy as he patrols the southernmost reaches of Arizona in search of undocumented immigrants. He's a fascinating character, but the stakes of his pursuits seem inconsequential when compared to Mireles, giving the otherwise-fascinating film a slightly uneven quality. 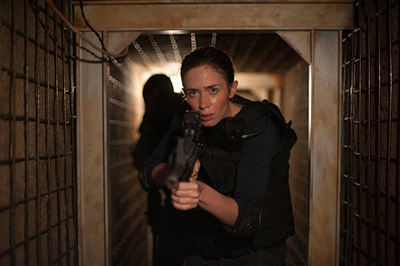 Denis Villeneuve's 2015 feature Sicario takes a fictitious look at similar issues, through an Oscar-friendly lens that might call to mind Zero Dark Thirty. It offers great performances – Benicio Del Toro is compelling as a secretive CIA ally, and Emily Blunt makes the best of a miscast role as an FBI officer. The inspired cinematography comes from Roger Deakins, who gave the southwest a similar, noir-ish vibe in No Country for Old Men.

Sicario is full of gritty realism, but its formulaic narrative left me underwhelmed. As the plot develops, Del Toro emerges as a highbrow Charles Bronson and Blunt is reduced to a cliché emblem of feminine innocence. Villeneuve works overtime to convince you he's being morally ambiguous, but the film ends up feeling like an apology for brutal state power instead.

Despite their flaws, both features can help us to cultivate an informed, movie-loving community. – Dan Schank