"If you're looking for a cleanse from men in tights knocking over city blocks like dominoes, I highly recommend giving FILM at the Erie Art Museum a look." 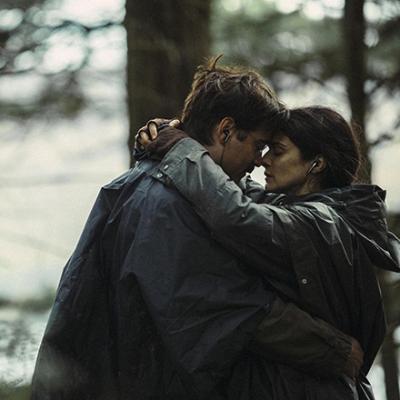 I guess cockroach was taken ...

As viewers behold The Lobster, a movie that's part of the weekly FILM series at the Erie Art Museum, they can't but help discern the Kafkaesque qualities of this latter-generation dystopian disciple.

As ordained by "The City," single people must attend "The Hotel," wherein if they don't find a mate within 45 days, they're transmogrified into the animal of their choice and sent off into "The Woods." Attendees can, however, extend their partner search per diem if they participate in hunting the program's escapees with tranquilizer guns.

Newly single, not by his own choice, David (Colin Farrell well nerded up), arrives with his brother-now-dog at The Hotel. At his arrival interview, David proclaims his decision to become the eponymous crustacean.

"I think to characterize The Lobster as 'dark' is missing the bigger point," explains John C. Lyons, Executive Director of the Film Society of Northwestern Pennsylvania, who was instrumental in obtaining The Lobster for the film series. "This film very truly and uniquely paints a picture of the modern relationship and societal and individual expectations and pressures we place on one another to belong to another."

He added that "Being single isn't a 'crime' in real-life society, but it's certainly looked down upon to a certain extent."

Filmed two years ago, The Lobster is finally being released in the U.S. after financial issues occurred with its original distribution company. Kudos to FILM at Erie Art Museum for obtaining The Lobster for this Erie preview; its actual American release date is May 16.

Directed by Yorgos Lanthimos and also starring Rachel Weisz, Léa Seydoux, and John C. Reilly, The Lobster has netted a boat load of awards including the Jury Prize at the Cannes Film Festival, the European Film Award for Best Screenwriter, and the Online Film Critics Society Award for Best Non-U.S. Film – as well as having been nominated for 10 other cinematic awards.

Filmed two years ago, The Lobster is finally being released in the U.S. after financial issues occurred with its original distribution company. Kudos to FILM for obtaining The Lobster for this Erie preview; its actual American release date is May 16.

"If you're looking for a cleanse from men in tights knocking over city blocks like dominoes, I highly recommend giving FILM at the Erie Art Museum a look," said Lyons. – Gregory Greenleaf-Knepp