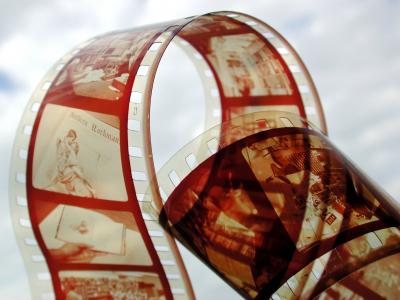 Across the country, states are looking for unique ways to create economic development opportunities. Many have turned to film. That's right film.

Many of the movies and television shows you watch are no longer made in Hollywood sound stages. Instead, productions are shooting in Georgia, New Mexico, Ohio, Michigan, and Pennsylvania, among other places.

States are attracting producers with a variety of incentives, including state sponsored tax credits for film and television production.

In Pennsylvania, since 2004 the state legislature has set aside $60 million for producers who want to make their films in the Commonwealth. To be eligible, producers must spend 60 percent of their budget in PA. In return, they receive a tax credit for up to 25 percent of their qualified expenditures.

Most of the state's film business - and the tax credit incentive - is absorbed by Pittsburgh and Philadelphia. But one Erie-based group wants this region to get in on the action.

"Pennsylvania has a good incentive program that brings big films to Pittsburgh and Philadelphia," says Tim Larson, director of the Greater Erie Film Office. "We can attract films to Erie using the same incentives."

Earlier this week, the GEFO announced it will sponsor a film tax credit seminar on Sept. 10 at The BrewErie at Union Station. The program will feature Mary Ann McBride from Entertainment Partners.

Entertainment Partners is a "global leader in entertainment payroll, residuals, tax incentives, finance, and other integrated production management solutions, with 16 offices in the U.S., Canada, London, and Tokyo," according to its website.

The seminar is designed for filmmakers and anyone interested in creative production in Pennsylvania.

"A filmmaker's first challenge is fundraising. Understanding tax credits is one of the most useful tools in their kit," Larson says.

Disclosure: The author was the founding director of the GEFO.