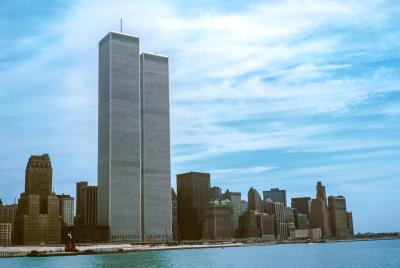 What does a sports journalist of more than 40 years do when there's no sports?

Well, to start with, he challenges his wife, who is also a journalist, in a series of Scrabble games, in which he finds that he can turn JO into 26 points but can do very little when he reaches into the bag of tiles and pulls out seven vowels. Lumped in among the daily New York Governor Cuomo and Kathy Dahlkemper news and countless hours of Sanjay Gupta dispensing valuable information on CNN, our daily Scrabble battles have kept our minds sharp. It turns out Scrabble played an integral role in our 37-year courtship (we first dated in 1970 and got married in 2007), as one of our turning points came on one of our long-distance calls, when I informed her that not only was Jezebel a legitimate Scrabble word but that it was worth 25 points. I believe it was right then and there that she believed we might have a future together.

This is not the first time in my career that my career has been halted by a disaster. The first came on 9/11, when I was a sports copy editor at the New York Post. I had worked the 4 p.m. to midnight shift on Monday, the night before, and was still in bed in my apartment in Queens when the first plane hit one of the Twin Towers just before 9 a.m. the following morning. Before knowing what had happened, I turned on the TV for the weather a little after 9 and watched as another plane crashed into the second tower.  In the seconds before the second crash, the on-air reporters were speculating that the first incident might have been a small-plane accident. When the second plane hit, it became clear that these were planned, deliberate acts of war.

When I heard reports that Manhattan had been virtually shut down and all subway and bus service had been suspended, I called the Post sports department and wanted to know if I should even try to make it into our offices at 48th Street and Sixth Avenue.  I was told to get in as quickly as possible because many of our editors lived in New Jersey and would not be able to commute due to the closure of all the bridges and tunnels. I walked the six long blocks to the nearest subway and after waiting about 45 minutes got on a train headed for Manhattan. There was a loud-speaker announcement that the train would terminate at 53rd Street and Fifth Avenue, so I would have to walk the rest of the way.

As I made the turn onto Sixth Avenue and started walking south, I immediately looked downtown and saw piles of smoke filing into the azure skies. Weather-wise, it had been one of the most beautiful days of the year – temperatures in the 60s, not a cloud in sight. It seemed a jarring contrast to everything that had occurred. As I walked the five blocks to the office I passed by maybe 20 people covered in soot and ashes; these were people who had been at Ground Zero and were walking (perhaps back home) because all West Side transportation had been canceled. I have watched the TV series "The Walking Dead," but I would guess that was as close as you get to it in real life.

The next 10 days at work were surreal. With no sports stories to edit, I worked on newsside, writing headlines on the myriad of 9/11 stories that followed. I edited stories on firefighters mourning the loss of other loved ones, on First Responders describing the hours after the attacks, of the Mets assembling their players at Shea Stadium to load trucks with supplies to take down to Ground Zero. After work I would drop off a paper at my local bar, where one of the night bartenders was a NYC firefighter. He had lost three of his "brothers" in the attacks, and his eyes brimmed with tears as he talked about the young families they had left behind. I remember thinking that the bravery of those men cannot be overstated. Many of them went into the towers that day knowing they would not come out. They gave their lives not to put out a fire, but in an effort to save people trapped in elevators or dark stairways. The memory of their sacrifice should never be forgotten.

Now, New York is in the middle of another disaster, and while the police, firefighters and First Responders were the heroes of 9/11, so too are the medical workers these days. I cannot imagine going through what they are experiencing on a daily basis – working double and triple shifts struggling against an invisible, insidious attacker that they know can strike them at any moment. Their bravery in the face of this virus is inspirational.

It was not an easy recovery, but New York bounced back from 9/11. If one good thing came out of the tragedy, it was that people looked at police and firefighters in a different light. That Christmas season, as normalcy was just starting to return, I saw several occasions in which tourists stopped New York City policemen and thanked them for their service before asking to take pictures with them. Hopefully the day will come where it will be safe for all of us to properly thank the medical workers who are the true heroes in this battle.  They deserve our hugs.

Until then, I will continue to wash my hands, wear my mask to Giant Eagle, and dream of the day when I can open a game with the word "SQUAWKS." 96 points.

ERIC COMPTON is on hiatus from his part-time jobs at the sports department of the Erie Times-News and in the press box for the Erie SeaWolves. You can reach him at ecompt@aol.com.