Follow Your Nose to Basement Transmissions for Local Showcase

Don't miss the chance to see some great live music and have a good time. 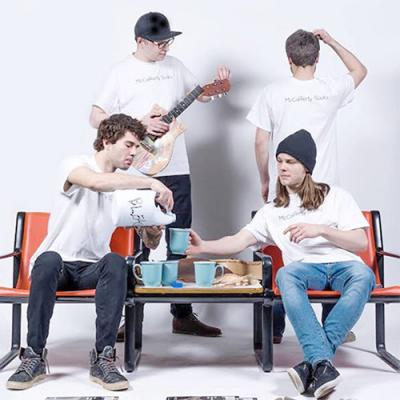 Sometimes it can be difficult to notice something big happening right under your nose. Big things only happen in NYC and LA, right? But in nearby Cleveland, McCafferty is making big things happen for themselves.

McCafferty's album Thanks. Sorry. Sure., just debuted on Take This to Heart Records on June 30, and despite only having been out for a few weeks, they have already been popping up all over the Billboard charts, reaching No. 125 on the Top Current Artist chart, No. 38 on the LP Vinyl Album chart, No. 5 on the Top New Artist list, and the coveted No. 1 spot in the Alternative New Artist category. The band's emo/pop-punk with just a dash of folk is striking a chord with audiences at a rate that few anticipated, so make sure you come see them before they blow up, and you can brag to your friends "I saw them way back when…"

There will be a lot of exciting acts at this show, so don't miss the chance to see some great live music and have a good time. — Tommy Shannon