Foul Play: Knives Out is a Fun New Take on an Old Genre 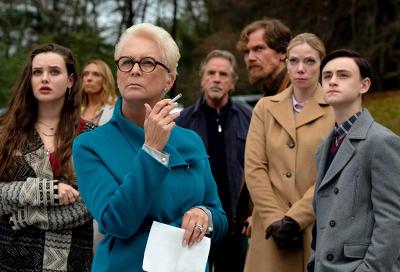 Rian Johnson (Looper, Star Wars: The Last Jedi) has often said that he's a fan of subverting the expectations of his films. This has been met with mixed results, but his new mystery Knives Out twists the old "whodunnit" genre in so many fun, smart, and interesting ways that it becomes impossible to hate. What starts as a simple murder mystery becomes so entertaining and devilishly clever that I would dare compare it to the films of Alfred Hitchcock.

The story begins when hugely successful mystery novelist Harlan Thrombey (Christopher Plummer) is found dead the night of his 85th birthday. All signs point to suicide, but a charming private detective (Daniel Craig) and a dedicated nurse (Ana de Armas) who's physically incapable of lying suspect that he may have been murdered. As Thrombey's dysfunctional family prepares for the reading of his will, these two sleuths will get to the bottom of this web of deception.

Without spoiling the surprise, Johnson subverts genre tropes immediately in the first act. However, that's when the film really becomes interesting. Much like the best of Hitchcock, he does this to play with the sympathies of the audience. The film takes sadistic glee in showing the rot hidden inside this idyllic estate as well as showing how people become animals the minute large sums of money are involved. The result is one of the most enjoyable movie-going experiences of the year. With whip-smart dialogue and ingenious camerawork, Knives Out will keep you guessing even when you think you've figured everything out. — Forest Taylor