From Austria to Erie: The Vienna Boys Choir 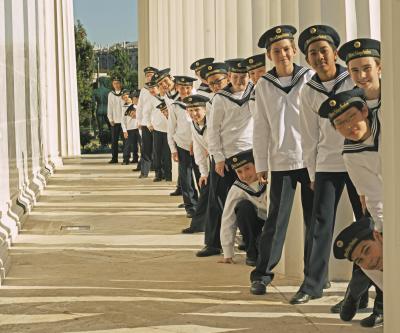 An evening of vocal music steeped in history and tradition is slated for the next installment of the Mercyhurst Institute For Arts & Culture's current season.

The Vienna Boys Choir was founded in 1498 in Vienna, Austria, and took on their current touring program and a more professional focus nearly a century ago, in 1924. The current iteration of the group will bring their storied sound and pure voices to Erie on November 26. Composed of young boys between the ages of 10 and 14, the choir has around 100 total members, and about 25 should be expected for their performance here — they tour worldwide, in four groups, year-round. And, if you ever find yourself in Austria, a dedicated performance hall and a nearby church are graced by their voices weekly.

A little closer to home, the choir's evening here in Erie is slated to include a blend of the more traditional choral pieces that they have been known for for centuries, as well as their take on arrangements of more contemporary music. Additionally, they have an extensive back catalogue of Christmas carols and albums, and as the holidays quickly approach, their voices, often described as "angelic," are sure to ring in the season in perfect harmony. — Meredith Wilcox