From Screen to Stage: The Joe Policastro Trio 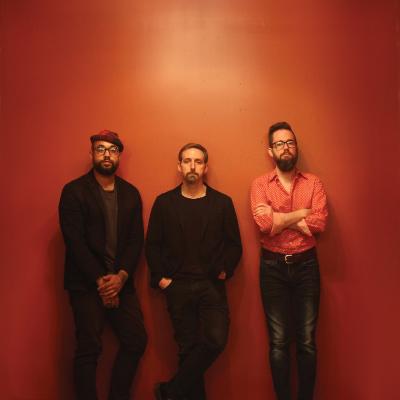 The Joe Policastro Trio will bring its alternative jazz sound to Erie on Saturday, Nov. 10.

The Chicago-based band will stop at the Room 33 Speakeasy as part of a two-week tour promoting the band's most recent album, Screen Sounds.

Released in Aug. 2017, Screen Sounds features music from film and TV that's re-imagined by the band, culled from sources such as Blade Runner, Twin Peaks, Midnight Cowboy, and Yojimbo.

The new album "applies a diversity of approaches to all kinds of source material, consistently retaining the essence of the original works while boldly imprinting the trio's personality," said Peter Margasak of The Chicago Reader.

Joining Policastro (the trio's bassist and bandleader) is Dave Miller on guitar and Mikel Avery on drums. The three have toured extensively through the United States and Canada and often pass through the Erie region.

"We're particularly excited to make it to Erie to play Room 33," said Policastro. "We're looking to deepen our connection to audiences in the region especially given how regularly we come through the area."

The band typically performs a mix of original music, jazz compositions and re-workings of non-jazz music – everything from rock and pop to soul and R&B. — Tracy Geibel