Are we living up to our potential of what our waterfront could be? 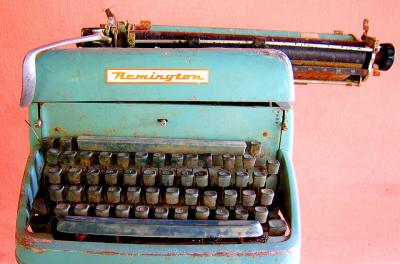 Are we living up to our potential of what our waterfront could be?

It's a simple enough question. But it's also a message.

When last we met, you, dear Reader readers, found an open letter to Erie City Council here. Using a lock and key metaphor, we expressed our concerns that proposed development of Erie's lakefront parcel formerly home to the GAF shingle plant may lock out the community.

Not so coincidentally, City Council had a meeting the morning of Wednesday, April 3 -- the same morning our last issue hit stands. The Erie Reader crew, with Epic WebStudios' David Hunter, attended the meeting, and David read the letter, which referred to the site as "a once-in-a-generation opportunity to reshape this community, for better or for worse... a literal and metaphorical gateway to the vast potential lying before Erie and this region... the geographical embodiment of our bright future."

We wrote that -- and David read that -- because we believe in a bright future for Erie. But that requires clear vision driven by community involvement and participation. That is, it takes an "us" and a "we," not a "you" or a "me."

Michael Fuhrman sees things the same way -- but with an emphasis on not just a particular parcel, but Erie's entire bayfront.

The Bayfront -- it's an indelible area. It has been our past, and it is one of the important keys that can unlock our future.

"We are all tied together as a region," he continued. "If we can get those things right -- the planning and shaping of our bayfront -- we can live up that potential. Then we're on the right track."

The folks behind Destination Erie, an initiative you can read more about at PlanErieRegion.com, are offering the community an opportunity to live up to that potential by becoming part of the planning process -- a taking of the keys, if you will.

On Tuesday, April 23, they're bringing Eric Tamulonis, one of the principals from WRT, a national collaborative practice of city and regional planners, urban designers, landscape architects, and architects headquartered in Philadelphia and currently working with Destination Erie, to speak to the community at the Blasco Library from 7 to 9 p.m.

Tamulonis, a landscape architect, has made a career out of planning and designing parks and open-space systems, while also developing institutional, historical, and academic landscapes. According to the WRT website, "His work reflects his commitment to achieving an ecologically appropriate response for each project, and exhibits his ability to find dynamic design expressions that are sensitively integrated with their setting, whether urban or natural."

And Tamulonis is no stranger to Erie. He previously worked on the Tom Ridge Environmental Center as well as the Lake Erie Bluffs.

And it won't be the first time he's offered the presentation he's about to give. Prior, Tamulonis presented his findings to stakeholders, but, as Fuhrman, put it, "the public deserves access to this information and needs to be part of this conversation."

The Erie Times-News' Liz Allen will moderate the presentation, and Tamulonis has agreed to a Q&A with the public to offer anyone a chance to respond to what he'll share. That is, we can and should come prepared to be more than passive bystanders in our own future.

"We would like to present this to the public because we've determined this to be a critical point and feel it's important to have a discussion," Fuhrman added.

That discussion goes beyond this critical event, as Destination Erie plans to bringing additional speakers to the public forum throughout the year. Additionally, public workshops are currently slated for May 7 and 8, which Fuhrman noted are "great platforms for the public to understand what [Destination Erie is] doing, how we're moving forward, and what we're shaping."

There's that "we" again. This upcoming event is free and open to public; that is, all of us. Without the "yous" and the "mes," there's no "us" or "we," and an absence from this process will most assuredly guarantee the community being locked out -- by our own hands.