We're headed out to the ol' ballpark. 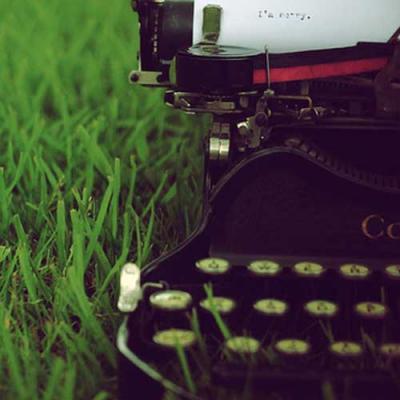 Walt Whitman once said, "I see great things in baseball. It's our game — the American game."

As denizens of these ballparks, these stadiums, we take pleasure in the simple things. Hamburgers, hot dogs, nachos. Pop and beer. Ball caps, gloves, and bats. Soaking up every ounce of summer we can.

And as students of the game, we occupy the seats, observing one man step in front of a crouching man — before them, eight other men splayed across the field, all watching the cylindrical-stick-wielding man, as the man in the center standing on a hill hurls a ball as hard as he can at him.

Few things speak more directly to the excitement of summer — the smell of grilled hot dogs! — what it means to be American — the belting out of our National Anthem — a city's pride — if the home team doesn't win, it's a shame — and our ability to unify — let's stretch together during the seventh inning! — than visiting our stadiums and studying our game of baseball to cheer on the chosen few representing us on the field.

In Erie, it's eating Smith's hot dogs, hanging out around The Uht, and cheering on the SeaWolves.

But what's the true story beyond the field, behind a minor league team established so well in the fabric of our city's historical tapestry? What's the story behind the manager of the Howlers, the usher you've seen at the park countless times, the players who become the mayors of 10th and French, and those stars that spend only a handful of times in the Gem City?

Jay Stevens offers a comprehensive story of the SeaWolves, explaining how the organization — the Detroit Tigers' double-A affiliate — operates day to day and season to season. He takes us beyond the pitchers' mound to the concession stands, the dugouts, the clubhouse, and the front office.

If you know a lot about the SeaWolves already, you'll find Jay's storytelling and attention to details amazing. If you're not already familiar with the Howlers, you'll revel in just how much you'll have to talk about the next time you find yourself chowing down on a Smith's and sipping some Railbender on a Buck Night.

But in the world of alternative press — like the Reader — where does sports coverage fall?

As it turns out, alternative publications provide a great spot for sports news. Sure, a non-daily news source can't bring readers game-to-game coverage amidst a three-game series, but what we can do is provide the deeper, fuller story that takes you beyond one game and into the world of what it truly means to be a Minor League Baseball team.

Jay's sports coverage didn't stop with his SeaWolves feature. In his regular column, Street Corner Soapbox, Jay talks about the Biogenesis scandal, where a Miami-based anti-aging clinic allegedly supplied PEDs to major-league players, including some notable guys at the top of the sport.

The story first broke when a disgruntled former employee of the facility turned over records to an alt-weekly in Miami, the Miami New Times.

While the story continues to get stranger by the day and is a black mark on the sport, we can see that alt-weeklies play a vital role in reporting the news of sports. And in Erie, we can rejoice that the story of the SeaWolves is a good one, one that entertains, engages, and informs us about our game, the one in which we see the great things — hard workers, loyal fans, talented athletes, dedicated crewmembers — of Erie.