Saluting those with their eyes wide open. 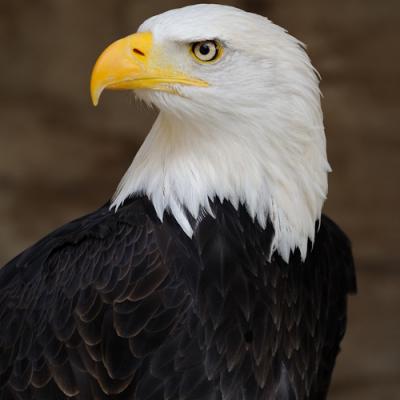 One way to open your eyes is to ask yourself, "What if I had never seen this before? What if I knew I would never see it again?" – Rachel Carson

These days, it's not too uncommon to see bald eagles in our area. But when most of us were growing up, sightings of those magnificent, iconic birds were extremely rare.

In 1962, marine biologist and ecologist Rachel Carson published Silent Spring, the landmark book largely credited with galvanizing the movement to ban DDT in 1972 – though Carson never called for that explicitly.

Carson's conclusions survived the scrutiny of scientists and earned the attentive ear of President Kennedy. It also made Carson public enemy number one in the eyes of chemical companies and their lobbyists, who stood to lose a lot of power and profits. Even today, some seek to undermine her credibility; and to misrepresent the dangers of DDT and other pesticides, despite acres of evidence implicating them in numerous human and animal maladies.

Carson's work was rigorous, and incorporated the great laboratory of nature. Born in Pennsylvania's Allegheny County, she'd grown up a keen observer of the natural world, learning to note fluctuations and hypothesize causes of species loss or struggle.

A similar style of observation and recording has been practiced locally for decades by Jerry McWilliams, on our cover. "The number of hours logged by McWilliams is uncountable because he has been tallying waterfowl for 29 years and shorebirds, 30," writes Mary Birdsong. "Every hour of which is volunteered time.

"This is a dedication rarely seen, and unfortunately, not celebrated nearly enough," Birdsong continues. "Too often we put all of our focus on people who run businesses, wear suits, own big houses. We point and say, 'See, this is success.' I'm here to broaden the definition to include someone like McWilliams who has dedicated his life to wildlife conservation. His gifts to our community are priceless and will last long into the future."

As Birdsong's profile of McWilliams demonstrates, he is exceptional.

But he's not alone. Our community is full of unsung heroes whose quiet efforts today will impact us positively for years to come, even if they aren't climbing the ladder to the typical American dream.

One way we try to shine a light on our younger local visionaries is by inviting you to nominate them for our 40 Under 40 class.

If you're reading this issue on or before May 1, there's still time to nominate someone who deserves to be recognized. If you've missed the deadline this year, start making a list for next year.

Help us to ensure that the many everyday heroes of our city get celebrated for the work they do, however they share their gifts.