Don't tab out just yet 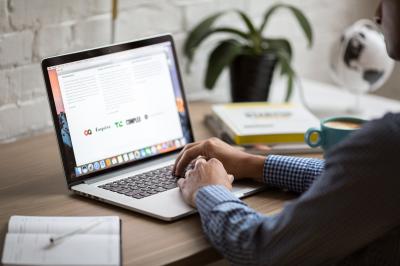 There's an awful lot to keep tabs on these days. First, there are the individual concerns we have bookmarked — appointments to keep and deadlines to honor, bills to pay and accounts to balance, inventories to take and expiration dates to sift through (psst, the bottle of hoisin sauce that's been lurking in the deep recesses of your fridge since Y2K, right behind the pimento loaf from 2011) — and that's without mentioning the daily hurdle of dressing oneself correctly.

Expand outward a bit to include the concerns of our close friends and families and dozens of more tabs pop open. Zoom out a little further to include your neighborhood, your city, your state, your country — the WORLD. If this was your web browser, it'd be audibly wheezing.

That the human mind has the capacity to follow so many threads simultaneously warrants the applause of other sentient beings. However, could we be blamed for closing just a few tabs in our respective consciousnesses, for taking a moment to declutter our mental desktops? To mute the unsolicited playback of embedded media irrelevant to our current situations? Don't we have enough to sort through?

When traveling the whiteout conditions of the Information Age, it may seem safest (and certainly less overwhelming) to stare straight ahead at what's immediately in front of us, ignoring whatever chaos may be happening in the periphery. Indeed, adopting an "out of sight, out of mind" mentality can be a godsend. But living by that mantra can also be a liability, often echoing with the laments of missed opportunity or, worse yet, the repercussions of willful negligence.

The holocaust perpetrated by the Khmer Rogue in the mid-to-late 1970s is one of history's most appalling examples — millions of Cambodians were executed in one of the worst genocides of all time. After Hitler's earlier purge shocked humanity, how was this allowed to happen again? Why is it not discussed as widely and with the same open disgust that we bear towards the European tragedy? Matt Swanseger talks with Millcreek native and U.S. Ambassador to Cambodia Bill Heidt about the state of U.S.-Cambodian relations since those horrific events, and the steps the country has taken towards healing its reputation both in Southeast Asia and abroad.

Much closer to home is the spate of sex abuse allegations that have seeped to the surface this past year. These are not strangers in faraway lands — these are girlfriends, wives, mothers, sisters, nieces, and daughters whose suffering has been silenced. Fortunately, women who have long been victims of systemic subjugation are stepping forward to foster awareness. Local events such as the Women's March and Amityfest II represent a strong and concerted effort to rally for justice.

Revisiting history, of course, does not necessarily have to be such an unpleasant experience. Jonathan Burdick reopens his tab on the Dickson Tavern, scrolling through the records to reveal a colorful past as one of Erie's premier watering holes with an impressive guest list. Like the oysters the Dickson once served by the boatload, our city is hiding plenty of pearls in plain sight. Beyond that, look no further than The Wildeyes, our Best of Erie Award winner for "Best Up-and-Coming Band in 2017."  Fans of the Black Keys, Cage the Elephant, and Jack White are highly encouraged to seek them out by whatever means — this talented foursome warrants your undivided attention.

So clear your mind. Open a new window. Although there's plenty of bad out there, there is also so much good to discover.