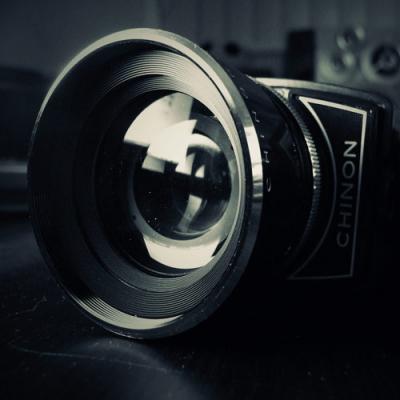 Scenes from New York City, Los Angeles, and a handful of points in between are so ubiquitous in films and television that we could practically navigate those iconic streets based solely on what we've watched.

We get to see our own surrounding landscape in high definition far less frequently. But as we demonstrate in this issue, that's changing.

Schank highlights a few recent examples of localized filmmaking, stressing encouragingly that this is in no way an exhaustive list.

From another angle, Matt Swanseger provides us with a selection of "Netflix and Chill" (or old school movie night) options born in our own backyards. They may not all offer a happy ending – ahem – but each one features a familiar scene or two.

There's something legitimizing about seeing where you live on screen. It can give you a fresh-eyed view of this particular corner, or that particular street.

There's something legitimizing about seeing where you live on screen. It can give you a fresh-eyed view of this particular corner, or that particular street. And it can highlight the elements of your homeland that a director deemed unique and photogenic enough to magnify.

In our region, there is no shortage of potentially camera-ready vistas. But the obvious distinguishing star is Presque Isle State Park.

We certainly didn't need yet another reason to protect the extraordinary beauty of our beloved Presque Isle. But its ability to attract filmmakers to our area is a viable one.

And given the recent defeat – for now – of House Bill 2013, we're reminded of how tenuous the preservation of our state parks truly is.

According to a June 22 article by Jan Murphy on pennlive.com, HB 2013 "would establish a public-private state park partnership board that would solicit and vet proposals from private developers interested in landing up to a 25-year contract to operate such facilities as a hotel, an inn, water park, amusement park, golf course, office building, [or] restaurant, among others."

For a variety of reasons – including public outcry – the bill, sponsored by Rep. Brian Ellis (R-Butler), was defeated on June 28, but with the possibility of being reconsidered. "Opponents of Ellis' bill don't take issue with private businesses operating on state park land, per se," Murphy explains. "Rather, they have a problem with handing the decision-making authority about developing on parkland to a proposed nine-member board made up of political appointees."

And the fact remains that our state parks – Presque Isle included – are operating on a shoestring. A frayed one, at that.

So the imperative to not take Presque Isle for granted is once again driven home. To ensure that our regional landscape – whether starring on the big screen or our phone screens – remains ready for its closeup for years to come.