A look at our upcoming issue 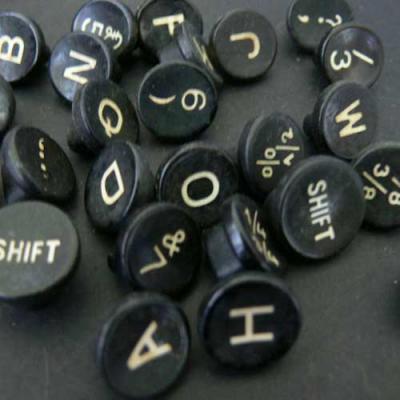 By now it shouldn't come as a surprise that the negotiations between GE and union workers have come to the end of the line in Erie and it's time for 900 people to get off the train and make room for some riders destined for southern tracks. Although it may not have been perfectly clear, the writing on the wall has been legible. And instead of reading it, many choose to bury their heads in the sand — or as B. Toy illustrates, cry "No fair" — only to awaken to a rapidly changing industrial landscape.

And they blame GE.

But as Jay Stevens writes in his Street Corner Soapbox this issue: "GE's long-term interests are not the same as Erie's... In fact, it's likely GE will some day move all of its Erie operations out of state...

And rather than reacting with our heads (maybe putting all of our economic eggs in one basket ain't such a hot idea since we're standing in the summer sun with yolk on our face), many of us react with our hearts, seeing this as a drawn-out, bitter breakup (how could GE, the business we've been courting for so long up and leave us for another city? What can Fort Worth, Texas give GE that we haven't been giving for so long?).

But that's business. And what GE's doing is smart — for GE. Business is about the bottom line, and if remaining in Erie isn't meeting it, a business has every right to uproot and plant elsewhere, while we remain stuck somewhere in the first four stages of the Kubler-Ross model.

We're blue-collar at heart, and our history is thick with tales of how we made things. Created things. Used our hands. Manufactured.

In fact, we still are manufacturing.

This issue marks the return of Upfront, and in this issue, Cory Vaillancourt talks about manufacturing in Erie, and as it turns out, we're manufacturing fun. From 8 Great Tuesdays to Block Parties to the Romolo Chocolates Summer Music Series, Erie creates event after event, to the point it becomes hard to take a night off from all the events.

And some Erie folks have been manufacturing fun for over three decades. What began as a small gathering of friends has grown to an Erie summer mainstay, and Doug Chaffee is keeping the party, the legacy of The Gathering at Chaffee's going strong. Matthew Flowers writes the comprehensive, inside story on how The Gathering came to be, its evolution, and how Doug is using the festival as a chance to give back to those in need.

Beyond that, we have the Perry 200 Commemoration pressing onward, sponsoring the Erie Summer Festival of the Arts — one third of Alex Bieler's To-do List in this issue. There, you'll also find the Jazz & Blues Walk and Roar on the Shore — two events that couldn't seem more opposite in crowd but share solidary in purpose: Manufacturing Fun in the Gem City.

The desire to create is strong in Erie. Take for instance Richard Boler, who penned an original play debuting at Renaissance Theatre. Take restaurants like Pineapple Eddie's, serving as reprieves from the pox of cookie-cutter restaurants dishing out nothing more than frozen microwavable dinners.

In Erie, it's in our nature — our history — to create. And as long as we have people like Doug Chaffee and events like The Gathering we will always have a shot at a bright future, regardless of which trains stop here or simply pass on through. Because as businesses come and go, we remain rooted to this city, and our future is what we decide to make of it.