The greatest love of all 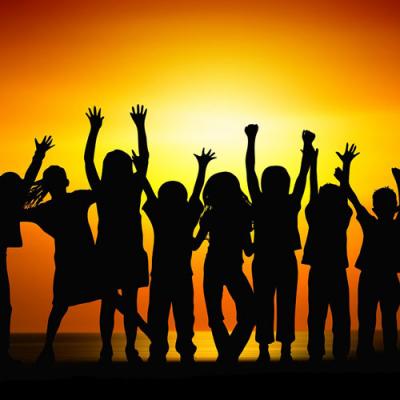 A long time ago, Whitney Houston sang us the line "I believe the children are our future, teach them well and let them lead the way."

That song came out in 1985, and even the youngest of children Houston sang about at that time would now be well into their 30s. The inevitable march of time makes leaders out of infants, and sees the rise and fall of cities large and small. The world, including Erie, was a very different place in 1985.

Eventually, all leaders must pass the torch to the next generation. When both parties involved are doing their job well, this should be a fairly smooth transition. If one side fails, then both sides have a greater challenge ahead of them. There's responsibility on both ends.

The question, then, is did the previous generation "teach them well?" Judging from our current crop of 40 Under 40 honorees, we can safely say the answer is "yes."

Congratulations to those on both sides of that arbitrary age marker. You've done well.

Every year, the editorial board at the Reader is thoroughly impressed by the swath of candidates nominated for the yearly honor. This year is certainly no exception.

Every year, the editorial board at the Reader is thoroughly impressed by the swath of candidates nominated for the yearly honor. This year is certainly no exception. The group of leaders honored this year represent the best in a wide variety of fields. Entrepreneurs, artists, activists, and innovators populate the list, every one of them notable for their own specific reasons.

Maybe you see someone that you think should have made the list? Well, just stay tuned, because nominations for 2018 will open soon enough. Maybe you're reading this right now and you're thinking that you should have made the list, well. Well, our humble reader, maybe this year might be the year to really step things up a notch. After all, there's no time like the present.