The art of the reset 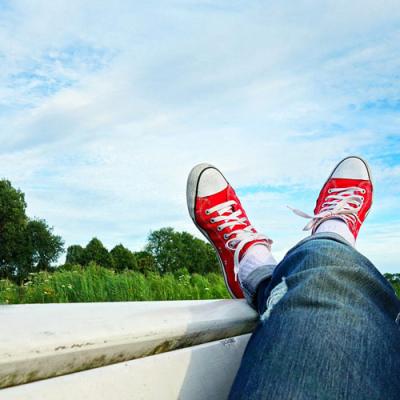 It's getting to be that time again. Warm feelings abound as we find ourselves in the midst of June. A preamble to the official commencement of summer, this time finds us setting the scene for the activities ahead.

Let yourself step outside and breathe in the air. Soak it in and appreciate it. Instead of fast-forwarding through summer's opening credits, hit the pause button. Breathe in again. Take your time. Collect yourself.

Just because the world is speeding around us in circles doesn't mean we shouldn't take a necessary pit stop every so often. For some, that might mean going on taking a vacation, for others it might just be an hour or two that we can use to reset our thoughts and play some much-needed catch up.

One of the ultimate forms of this is retirement, and in this issue we celebrate the career of one of Erie's most identifiable citizens who is doing just that. After 49 years, John Vanco is stepping down as director of the Erie Art Museum. Nick Warren met with him for a talk about his time there. From its beginnings as the Erie Art Club, Vanco traces the evolution of the museum, offering his personal opinions on where art comes from along the way.

Despite the change of season, some people aren't ready to downshift into summer just yet. We talk with local hip-hop artist William Weyes, who is making strides and working hard to further his art.

Despite the change of season, some people aren't ready to downshift into summer just yet. We talk with local hip-hop artist William Weyes, who is making strides and working hard to further his art.

These next few weeks also mark the start of several regularly occurring summer events. The Highmark Mid Day Art Break at the Erie Art Museum begins the afternoon this issue hits stands and continues throughout the summer. The day after that marks the first Block Party, an evolving Erie tradition that will happen five more Thursdays before summer concludes. Wednesday, June 14 will be the first concert for the Sunset Music Series, which also runs for six weeks.

So no matter how you need to reset, there are options out there to help you do it. While it's still okay to worry about tomorrow, always remember to appreciate today.