And empathy for all. 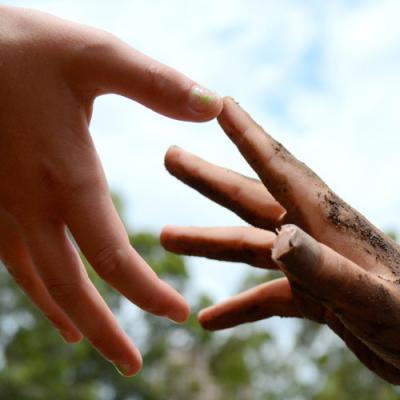 Last month, Sister Helen Prejean spoke to a full house at Mount Saint Benedict Monastery. Best known as the author of Dead Man Walking, adapted into the 1995 Oscar-winning film, Prejean sat down the next morning with the Reader's Lisa Gensheimer to talk about how her advocacy has evolved over the last few decades, and how she sees public perception of the death penalty shifting. Their conversation, along with elements of Prejean's presentation, are included in this issue.

As so often happens when we're putting together an issue of the Reader, a theme has arisen. Several of the pieces here address social justice … as usual. But even more prominent is the power of empathy – even from just one human being to another – to change life's course for the better.

"It's not that the American people are … evil or racist," explains Prejean. "It's just that people never reflected deeply because it's so out of their world. They don't know anybody on death row. So we must bring them close, share human stories. As the saying goes, 'What the eye doesn't see the heart can't feel.'"

Gensheimer adds that "to fix an unjust system … we must leave our comfort zone and our cushioned lives of privilege and dig deep at the roots of racism and poverty."

In an expansive view of many of the concerns facing our city (and county), Lisa Austin similarly springboards from the city's "redlined" past, and examines why a more cooperative, inclusive, and just approach to regional development is an absolute must for our region moving forward. Austin connects everything from the need for fair funding of Pennsylvania schools to regional taxation to the ongoing debate over the EMTA, insisting, ultimately, that "It's time to work together."

Also in this issue, the Reader's Dan Schank recounts his conversation with Caitlin Strohmeyer, President of TransFamily of Northwestern PA. The organization embraces person-to-person empathy, and emphasizes the power of community education to eliminate much of "the marginalization that [transgender people] experience.

"We've had people who are kicked out of restrooms and things," Strohmeyer adds. "When I find out about it, I'll approach the business owner or manager and explain to them that we have a discrimination ordinance and that they're breaking the law. I can also help them to understand the community better."

Representing TransFamily, Strohmeyer leads local outreach events "designed to help people understand gender diversity, and to 'get out of the mindset of a gender binary, where everything is male or female, since there is a whole spectrum in-between,'" she tells Schank.

Speaking of marginalized (though in a whole different way), Tim Grow, who owns and operates The Que Abides food truck, has gained plenty of much-deserved attention for calling out Roar on the Shore's vendor policy, which is unsupportive of local businesses.

"When the Roar comes to town," writes Jim Wertz, "local food vendors are no longer welcome because the Manufacturer and Business Association contracts for and with a single source food vendor from out of town.

"ROTS and the Manufacturer and Business Association continue to grow and reap the benefits of its success without consideration for its impact on those who make their living downtown the other 360 days each year," explains Wertz.

Acknowledging that its "reported $25 million in economic impact is grossly overstated and we've got no real accounting of dollars spent locally," he continues, "Roar on the Shore has made significant contributions to local non-profit organizations with proceeds from the event. For that they should be recognized. However, the community concerns about the interest of local entrepreneurs should not be dismissed."

So this is an issue about understanding each other and the widely-felt impacts of our actions. About seeking ways to help bend the arc of the moral universe toward justice, as MLK would have it.

A fine goal for us all, and for the region we call home.