Keeping your head above water in this inharmonious flood 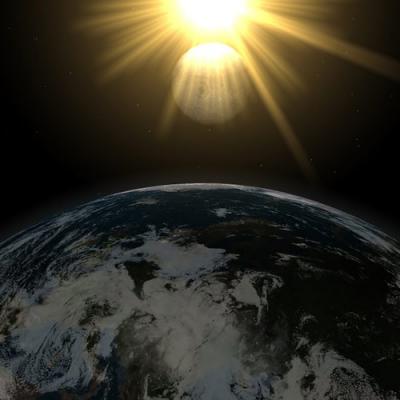 At least two things will happen during the course of this issue: Halloween and the presidential election. One of those things is getting a lot more attention, and it's not accompanied by trick or treaters. At long last, this tumultuous cacophony of Donald Trump versus Hillary Clinton is coming to a close. Trump's chances have grown increasingly dim since our last issue. While there's certainly a great deal of schadenfreude to be had watching the idea of a Trump presidency slip away, as the late Yogi Berra said, "It ain't over till it's over." Our next issue will arrive the morning after Election Day. In one way or another, the world will be different.

From climate change, to homeland security, some of the world's top minds will converge on our city, while local leaders build a home for fresh new ideas.

While there's no shortage of election coverage, there are plenty of other things happening to stimulate one's mind. The Jefferson Educational Society's eighth annual Global Summit offers something not only for political junkies, but also for anyone open to educating themselves. In this issue, Dan Schank details the entire schedule of speakers. From climate change to homeland security, some of the world's top minds will converge on our city in a two-week series beginning Monday, Nov. 7. With similar innovative spirit, while on a slightly smaller scale, TEDxErie is doing the same thing. Ten speakers with ties to the area are presenting their own captivating talks at the Warner Theatre. After the success of last year's inaugural franchise, these local leaders, many of whom have been featured in our pages before, are cooperating to build a home for fresh new ideas.

There are so many events in our city to keep you enlightened and entertained. Last week, our very own Jim Wertz delivered a talk at the JES outlining the history and the future of our city schools. Erie School District Superintendent Jay Badams was there to offer his perspective, answering questions as well as posing his own. Afterwards, he chatted with state Senate candidate Dan Laughlin. A few days later, Erie Arts & Culture hosted their 2016 Fall for Arts and Culture Awards. There, they presented awards to Jude Shingle of Box of Light studios, Mark Tanenbaum of PACA, Grove City's George Junior Republic, artist Ron Bayuzick, and a lifetime achievement award to the Erie Playhouse.

Events like these are what fill our pages. Things are happening all the time. That's why we're here. "I must say there is magic in these moments," expressed Global Summit speaker Doris Kearns Goodwin at her 2008 TED talk. The Pulitzer Prize-winning presidential historian detailed her passion. "I shall always be grateful for this curious love of history, allowing me to spend a lifetime looking back into the past. Allowing me to learn from these large figures about the struggle for meaning for life. Allowing me to believe that the private people we have loved and lost in our families, and the public figures we have respected in our history, just as Abraham Lincoln wanted to believe, really can live on, so long as we pledge to tell and to retell the stories of their lives."