For a country that celebrates our love of independence, we have an unusual way of showing it. 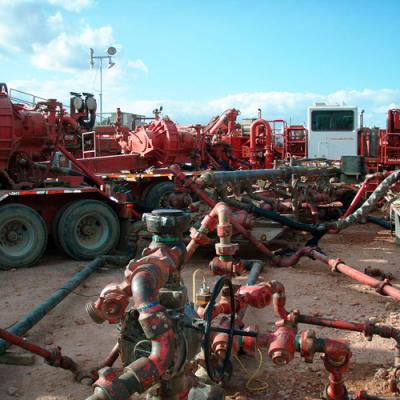 For a country that celebrates our love of independence, we have an unusual way of showing it.

From Daniel Ellsberg to Edward Snowden, we often vilify individuals with the singular courage to risk everything when a truth is too important to silence. We invite corporations and billionaires — like Rupert Murdoch and his ilk —  to own our entertainment, news, and elections. Essentially, the truth is for sale.

It would be nice if all of the biased information we receive came with the same "Sponsored Content" label that pops up on Google searches. Instead, it's up to us to maintain a healthy skepticism and independence of mind, especially when weighing the evidence regarding a subject as contentious as fracking.

This is the fourth time the Reader has featured an exploration of fracking on our cover. For this issue, we collaborated with Public Herald, a fully independent team of investigative journalists who "believe in the vital role the Free Press plays in a democracy and society to protect truth, transparency and accountability." Public Herald, "in the largest release of fracking records in Pennsylvania history," reveals that the Pa. Department of Environmental Protection has "cooked" data about water contamination from fracking.

If it weren't for independent journalism, how likely would we be to learn this? Who would hold our regulators accountable? Whose truth would we be forced to swallow, contamination and all?

Recently, 21st Century Fox, now helmed by Murdoch's son James, acquired National Geographic. The Murdoch empire already controls an enormous share of the media, including FOX News. Intriguingly, Murdoch (along with Dick Cheney) also holds a major stake in Genie Oil and Gas, Inc., under which American Shale Oil falls: a company already at fault for leaky extraction wells in Colorado. Imagine what this could mean for NatGeo's scientific coverage.

Here in Erie County, we've largely dodged the fracking bullet. But as Jim Wertz points out in "Erie at Large," "As corporate attention shifts from the Marcellus Shale to the Utica Shale, and as fracking practices for the Utica Shale are refined, there will be greater interest toward drilling in our watersheds."

Moving forward, it will be critical to give our independent news sources the attention and support they need to carry out the crucial mission of journalistic integrity.

We hold this truth to be self-evident.