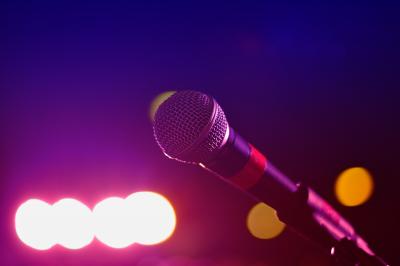 Photo by Suvan Chowdhury from Pexels

For as long as humankind has been around, we've striven to be heard both near and far. Before the microphone's invention and broadscale adoption in the late 19th century, we had little means of projecting the voice besides the acoustic megaphone, resonant architecture, and speaking from the diaphragm. The first commercially viable (loose-contact carbon) microphones were introduced to the U.S. in the late 1870s, at the tail end of the so-called Reconstruction Era, an extremely volatile period in American history concerned with picking up the pieces after the Civil War.

According to mainstream historians, Reconstruction is said to have concluded in 1877, nearly 150 years ago. But if you've been paying any attention whatsoever, it's evident that the country still isn't truly whole — especially for African Americans, the descendants of former slaves, who are still trying to construct an identity and position of equal standing in society's eyes after all this time. It's something that should be a given, but nonetheless continues to be repeatedly and egregiously taken or withheld, whether it's failings with the justice system, educational opportunity, employment practices and compensation, voting rights, or even finding a safe place to live. How can a reality that never resolutely existed be rebuilt?

Even before the first mic dropped, the halls of Black History echoed with the words of powerful orators, with names such as Sojourner Truth and Frederick Douglass delivering impassioned pleas for the abolition of slavery. In the aftermath, however, the concerns of Black America have echoed even stronger. We can count speeches by pivotal figures such as Ida B. Wells, Marcus Garvey, Malcolm X, Angela Davis, and Martin Luther King, Jr. among the most memorable in any history, never mind Black or white. One caveat, though — did we listen?

Beginning with Grandmaster Flash's "The Message" in 1982 and continuing with groups such as N.W.A., Public Enemy, A Tribe Called Quest, and others, socially conscious hip-hop took a more direct approach, painting a stark picture of Black America's reality through millions of stereos and headphones — of course, aided by catchy hooks and irresistible backbeats. Erie's Charles "CEE" Brown carries on that legacy, as does any rapper to have ever stepped up to the mic. For a people whose agency is so often blunted, the microphone is a sword that cuts through ignorance and indifference, delivering pointed commentaries on society's not always united state of affairs.

It is no small thing to have a voice — whether it's outside, intended for the ears of many, or inside, intended for the ears of that one special someone captivated by what we have to say, no matter how seemingly insignificant or mundane. As we continue to trudge through Erie's coldest, grayest months, let us not forget the role our voices play in carrying us and our fortunes.