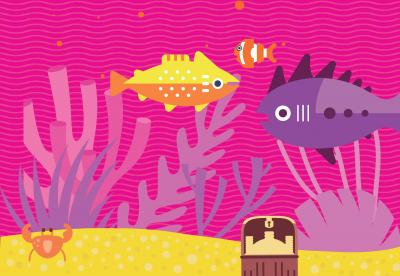 For as good as it looks each summer, it costs a lot for Presque Isle State Park to stay in shape. Every year, thousands of tons of sand are swept up by the nearly relentless wind and waves, to be redeposited as nature sees fit — more and more eastward if it had its way (consider that when Presque Isle first formed 3,500 years ago, it was likely located three miles to the west). The only reason it doesn't get its way is the two-pronged intervention efforts of the U.S. Army Corps of Engineers and the Pennsylvania Department of Conservation and National Resources and their ongoing beach nourishment program. With the timely arrival of anywhere between

10,000 and 100,000 cubic yards of clean beach-fill sand (weighing between 13,000 and 150,000 tons), the effects of erosion are mitigated and the graceful curve of the peninsula is restored, just in time for the start of the swimming season on Memorial Day Weekend. The price tag for reconstructive surgery of that extent can total in the millions. But considering that 4 million visitors pass through every year — the bulk of them during Erie's hottest months — that's just

pennies on the sand dollar to give every individual in these peak season crowds adequate real estate to rest their beach bums.
Although writers Jim Wertz and Dan Schank would heartily disagree with U.S. Rep. Mike Kelly that beach nourishment is Erie's foremost priority — not with voting rights under attack and the vast majority of Pennsylvania's public schools tragically underfunded — they would probably agree that everyone deserves a break (unless it's a tax break for the very rich). For the winter-weary, Erie summers are the proverbial sand replenishment of the soul, their warmth and wealth of activities restoring spirits worn down from months of cold — and these days a consistently disturbing news cycle and ideological divisions that have made us islands unto ourselves.
It's the perfect time of year to build back our peninsulas and feel whole again. Perhaps we do that by heading to the library for a good book and some perspective. Or maybe it's by taking in the sights, smells, and sounds of a local or nearby festival (see Nick Warren's robust rundown) wiggling our toes in the grass with a tasty delectation in hand, Or it could be a little retail therapy that you need — keep an eye on our online calendar for all the unique public markets set to open up shop in the coming weeks and months, such as those in the Hill District, Lake Erie Arboretum at Frontier Park, and The Shop at 19th and Chestnut (Erin Phillips delves into this creatively repurposed building's history in these pages). And remember if at least a cubic foot of that clean beach fill replenishment sand isn't nestled into your floor mats between now and September, you haven't been doing your part.