Geeked Out: Board the Train and Get Ready to Game Jam

The art of developing games in transit. 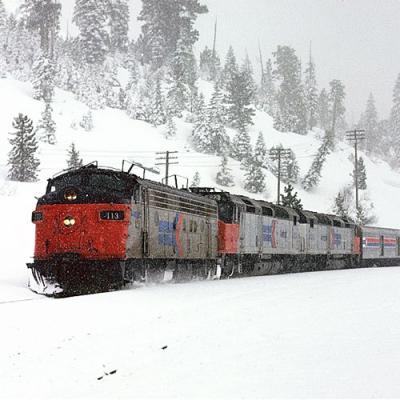 On Feb. 26, Amtrak's California Zephyr Line left Union Station in Chicago heading for San Francisco. I was on this train, along with 120 other game enthusiasts who all signed up to participate in the second-ever Train Jam.

But let me be clear: If you're thinking about jams in traffic resulting in delays, think again. The "jamming" we'll have done is game jamming.

In short, a Game Jam is where amateurs, students, and professional video game makers meet up to make a game in a short, controlled amount of time. Although it's unclear where the term originated, I want to believe the term game jam was lifted from the spontaneous and improvisational nature of music jamming. But regardless, Game Jams are the sketchbook for game makers, a place where they prototype ideas or try to do new things. While most game jams have a "theme" to help give jammers direction, the most important notion is to just make games.

So for the second Train Jam, we jammers boarded a train with the sole purpose of making a game during the 2-and-a-half-day travel to San Francisco.

The games that come out of jams are often fast and loose, as makers try to find fun and interesting mechanics as quickly as possible. They are often short occurrences, because whether or not you're familiar with game creation, 48 hours isn't a lot of time to craft huge, sweeping experiences.

But what games created in jams lack in length, they make up in expression. Since they are made to be smaller experiences, designers often take risks or experiment with wild, unconventional things, which almost always results in something interesting – and sometimes games created here can take on a fuller life afterwards because of some originality or bold creation that isn't as likely to happen in a studio. 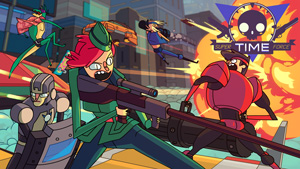 A recent example of this is Capybara's Super Time Force, which is now out on Xbox and PC. The game features a unique time travel system where the player can do an action, like run up and shoot at a boss, stop time, rewind back, select a different character, and play forward in time again, while the "previous" actions still play out due to time travel! It was originally a 15-minute game that designers at Capybara jammed on, and because it was such a fun and novel idea, studios they decided to move forward on it as their next large project.

The first person to board the Train Jam was Adriel Wallick, a game maker who's been a nomadic indie developer for the last few years. She got the idea for the Train Jam when she was taking the California Zephyr and was inspired by the scenery and ability to develop games on a train.

As far as transportation goes, trains are roomy and have power outlets, both making working easy, and I've enjoyed taking the train to and from New York City and Boston for game events before, as it allowed me to work during the 12 to 16 hour ride.

I originally met Adriel through my other job the BigSushi.fm podcast. For BigSushi, I travel around the country to various games conventions and exhibitions to meet and speak to  game makers about their work. So for last year' 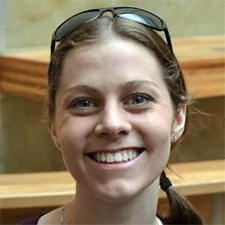 Train Jam, I interviewed her before and after the event, and was really impressed with her novel approach to game creation.

What makes this event exceptional is not only that it is on a train, but that it is basically transcontinental — cutting through the varied landscapes of the United States. Typically game jams are built around a community fostered at specific locations, but with Train Jam, people from all over the world are flying to Chicago to ride the comparatively slow-moving Amtrak California Zephyr. Part of the reason it drew so many people the first year and has drawn so many this year is because this jam is a prelude to the Games Developer Conference (GDC), the game industry's largest event, which occurs a few days after the train rolls into the Bay Area.

An awesome surprise from last year was a gaggle of students who signed up thinking it would be a fun way to travel to GDC. They were surprised to find that the trained was packed full of industry professionals and not amateurs and other students like them.

Game jams are usually free events, but Train Jam requires participants to purchase travel fare due to its very nature of being on a train. A ticket is around $160 to $250 and as such was prohibitive to some hopeful participants. Another factor for some people's inability to attend was Adriel's ties to various indie communities around the world and the timing of Train Jam being right before GDC.  Many game makers were already heading that way anyhow, so the event was filled with many indie developer "hot shots" and luminaries. So when four students rolled up and had the chance to work on games beside professional indie developers, it was a rewarding experience for everyone.

So when the train came rolling around this year, I got back in touch with Adriel to ask if I could help out.  I wanted to expand the student presence and facilitate more schools to be involved. While last year's rendition featured a total of 60 participants with a few students, this year we had 120 total participants, 30 of whom were students hailing from nine different schools – something that took a fair amount of work but something which both Adriel and I are proud of because it brings more creativity to the table.

This year the dozens of games created during the train jam were shown at a booth on display at GDC, as well as online at www.trainjam.com for everyone to play for free. If this sounds like something awesome and you are bummed to have missed it, don't worry, as it will be happening again next year.