Geeked Out: It's about damn time!

Jessica Jones is the latest Netflix Original Series in the Marvel Cinematic Universe. 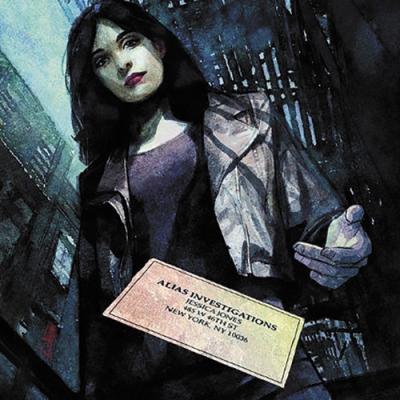 Jessica Jones is the latest Netflix Original Series in the Marvel Cinematic Universe, or MCU, and also the first entry starring a woman. Where Daredevil was punchy, in many senses of the word, Jessica Jones is hard-boiled noir that is dark, brutal, and sometimes difficult to watch.

Jessica Jones was released on Netflix on Nov. 20. Normally I binge on these things over a weekend, but it proved to be a bit more challenging this time around. This is not because of a lack of quality. The acting is excellent: Krysten Ritter does a fantastic Jessica, and David Tennant, whom you might know from Dr. Who or Harry Potter, is chilling as the series villain, Kilgrave. The challenge has much more to do with the content and themes that are dealt with in this series.

Comics have always wrestled with issues of our time. Jessica Jones, who is somewhat of a lesser known super-heroine, was a great choice for the next storyline entering into MCU Hell's Kitchen. Whereas in Daredevil we saw the birth of a superhero as he struggled to distinguish himself from men like the Kingpin, Jessica Jones shows us what happens when the good fail, and the personal trauma that follows.

Comics have always wrestled with issues of our time. Jessica Jones, who is somewhat of a lesser known super-heroine, was a great choice for the next storyline entering into MCU Hell's Kitchen.

Jessica discovered at a young age that she had powers. She is extremely strong, and though she can't fly, she can jump and fall great distances. She tries the superhero thing; but as she saves someone from the streets, she bumps into Kilgrave. A sociopath, his special power is mind control. He speaks a command and victims are impelled to complete the action. Subconsciously, his captives are aware they are doing something unusual or forced, which adds layers of terror to this power. Kilgrave spots Jessica's strength and falls in love, commanding her to follow him and do his bidding.

From there he abuses her, rapes her, and forces her to commit murder. Finally, she summons the willpower to break free from him, and attempts to kill him. Thinking she has succeeded and wanting to flee the scene of where she just murdered another one of Kilgrave's victims, she splits before confirming Kilgrave's death.

This is the start of the series. From that point, Jessica opens a private investigation business and tries to deal with her PTSD from the Kilgrave event. She drinks, she investigates cheating couples, and in general she is pretty miserable.

This series is much grittier and more powerful than Daredevil as its content is very heavy. I applaud the writing and directing for bringing these issues to bear and treating them with respect, giving audiences a very adult experience. Many comic book adaptations hold onto the more lighthearted nature of comics (see Guardians of the Galaxy, which is great!). But I've always been a fan of comics that focus on the drama within the adult issues of love, sex, and personal trauma.

Jessica Jones delivers on these aspects in what is best described as an excellent noir thriller: Where bad things happen to good people, and good people need to do bad things to make it right.