Geeked Out: My Destiny to Grind

I know it might seem silly to many of you, but there is something comforting in watching bars fill up, and discovering new toys to play with. 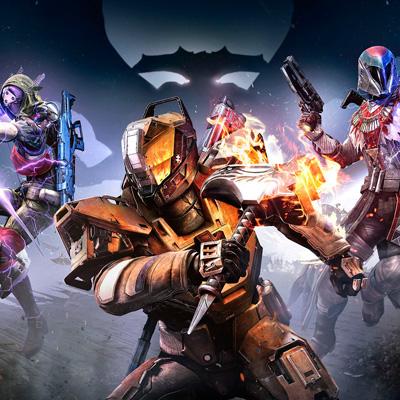 Since the release of Destiny: The Taken King, I have found myself diving back into the game. The Taken King is the first major expansion for the popular first person shooter (FPS) by the super studio Bungie, famous for the Halo series. Destiny holds the same hallmarks in gameplay and polish as Halo; but what really has me in deep is the shift from a classic co-op structure of Halo to the introduction of popular systems found in massive multiplayer online (MMO) games like World of Warcraft (WoW). I am talking about the "grind."

So what is grind?

You may already know. Grind is a term gamers use to describe the act of doing things in repetition to gain incremental rewards increases. Sound like work? It is. Grind is everywhere! You need to level up your character? That requires experience. How do we get experience? Killing X number of monsters will get you a level, which in turn gets you new skills to play with.

When I think of grind I think of games filled to the brim with progress bars. In Destiny, the grind is represented by having to first level your character, which grants access to stronger new weapons and armor. There are three classes: each class has three skill trees and each branch has its own progress bar. Finally, all of the available guns and armor contain internal levels that require experience to fill up and unlock their bonus perks. And what's the best way to acquire and level up this stuff? Running the same list of missions ad nauseam, which not only grants experience, but also has a chance of dropping newer and better gear that starts the whole process again.

I know it's a treadmill. But I love it anyhow. What's wrong with me?

Well, I love MMOs. I love the culture. I love the grumblings of MMO players. I enjoy conversations on best spots to grind, drop rates of items, and hidden secrets. I relish reading through every thread. Destiny was a new kind of delight; these kinds of conversations and systems aren't typical in the FPS genre. It was as if the common FPS player suddenly got hit over the head with the monolithic club that is MMO grinding.

In games like WoW, players expect to rerun missions forever in hopes of getting the exact item or "drop" from the bosses therein. MMOs and Destiny do this by making the items you want only have a small percentage chance of dropping. Typically in more traditional game models, you complete a mission and you get a reward. Only in MMOs is it standard fare to complete a mission thinking, sure — you might get a reward; but you only have a chance at the reward you want.

Another funny thing I get to observe as a longtime player of MMOs amongst players of a genre less inundated with these systems is the obsolescence of gear. Destiny has been out for a year, and in that time they released a bunch of small content updates that added new dungeons to run and loot to acquire. With the release of The Taken King, the first major expansion, Bungie increased the level cap from 30 to 40, and with that a new arsenal of guns and armor. So what happens to all that sweet gear you got from the first year? Well now it's worthless. Haha!

I swear when I read Internet threads about how "old content should be given updated drops to retain its relevancy," I squeal in delight. I fondly remember that moment when WoW's first expansion hit, and all my hard work was instantly washed away. Seeing a new group of gamers come to terms with the harsh reality of loot grinds was my, "let me grab some popcorn 'cause this gonna be good" moment.

So why do players do this? Because the game's loop is fun and feels good. Bungie has been making great FPS's since Halo. Destiny is their next step. And while its original release left me wishing there was more to do, a year and a full expansion later, I'm hooked. One of the key things that I think Bungie does particularly well is insert secrets all over their game. There are secret missions and secret quest lines that unlock awesome rewards. These types of secrets help foster a community around the game. When a discovery hits, there is a buzz of excitement as everyone gets their friends to take the challenge and grab those sweet rewards.

Have you been enjoying Destiny? Or any other MMO game out there with a distinct grind? I know it might seem silly to many of you, but there is something comforting in watching bars fill up, and discovering new toys to play with.