Social media becomes a means to express humanity and compassion to those who many of us will never see in person. 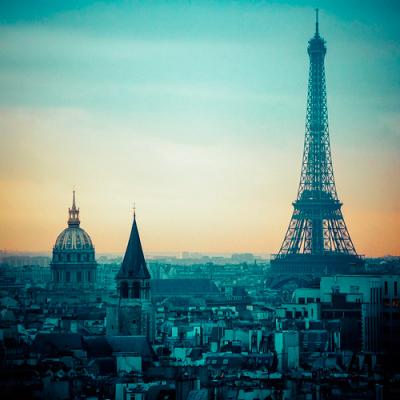 We live in a world where social media can dominate your day. It is a powerful tool for the dissemination of information and a way for individuals to connect globally.

I work from home, and most of my work consists of watching social media, which is how I first heard of the orchestrated terrorist attack in Paris. It went like this: I saw some tweets about an explosion, which led me to check Reddit where a live thread was being updated, which then led me to someone linking to France 24's streaming live news coverage of the attack.

The power to get information out with today's social media is incredible. My workday stopped and I watched with countless others as a great tragedy fell upon Paris.

I don't want to talk so much about the already well-covered power of social media in spreading news. No one can argue that.

However, another interesting phenomenon occurs when tragedies happen. People express their sympathy and outpouring of support to those affected. Social media becomes a means to express humanity and compassion to those who many of us will never see in person.

This is sometimes met with awkward social policing or detractors, who claim that changing your Facebook photo doesn't amount to anything. And that if you really wanted to show your support, you should donate; or better yet, fly to Paris and help.

Look, I get it. The Internet is a cynical place. It is much easier to be bitter and negative than to accept that for some people, when they change their profile picture to be overlaid with the French flag, or retweet that #PeaceforParis image, they are finding a way to project humanity out into the void that is often cold, brutal, and overwhelmingly negative. Yes, there are more actionable ways to show support. But the outpouring of support from millions of strangers who may have no "real" connection to Parisians, but who empathize with the tragedies they are facing, is a real feeling.

Social media becomes a means to express humanity and compassion to those who many of us will never see in person.

On his Monday, Nov. 16 show, Stephen Colbert had an excellent opening dialogue that dealt directly with I am speaking about. He highlighted a few tweets where people pledged their support for Parisians by watching the Pixar movie Ratatouille: a film that isn't French, but is about a French mouse, making soup. "Is that wrong? No," Colbert said. "Is it a French film? No. Is it a valid expression? Absolutely."

Finding a way to show your support is an attempt at creating a human connection in the world. That's where the real power is, and what fear and terror are ultimately trying to destroy.

It is too easy to allow cynicism to crop up at times like this. It's hard to imagine that all those changed profile pics will lead to real action, but that projection will find its way to those affected, and that symbol of solidarity will bring them some comfort. And that's what it is all really about: solidarity and the human connection that binds us.