Where Erie County ranks in cost of living 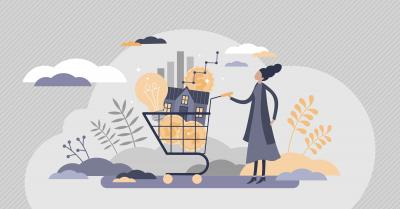 VectorMine
Affordability is often touted as one of Erie's greatest perks. But is that affordability meaningful without the surplus discretionary income to enjoy it? SmartAsset Advisors recently released its cost of living comparison data study for 2022, and the insights therein may surprise you.

As the temperatures plunge and the snow piles up, many Erieites settle in for some serious soul-searching — Why do we live here?!

It's a question often asked of us by outsiders, too. Why here versus there versus anywhere? If we were to inventory our answers, it's a good bet that many of them would make at least some mention of affordability. If we were to judge by bar tabs alone, then yes — Erie is undeniably more affordable than many other cities. But forget going out — is it cheaper to actually live in?

What factors into the cost of living?

Cost of living is a tabulation of all the things we must pay for in order to secure shelter, food, and overall health for ourselves and our dependents. It adds up quickly, and many households do not have much leftover as discretionary income after paying for their necessities. The more they do, the more purchasing power they have as consumers, bolstering the local economy.

So even if a place has a low cost of living, a low per capita income can offset any advantages thereof, limiting consumer purchasing power and a local economy. There are a lot of auxiliary costs to consider beyond the food, shelter, and healthcare costs themselves, such as:

Erie County vs. the United States

For comparison, Hudspeth County (Texas) had the lowest cost of living ($27,500) in the United States. Precipitated by a recent real estate rush by the super-wealthy, Teton County (Wyo.) had the country's highest per capita income ($220,645) and purchasing power (by virtue of the per capita income being nearly triple the cost of living, $71,267) this year — eclipsing that of even New York, N.Y.

On the state level, Erie County wasn't especially more affordable than anywhere else, ranking 40th out of 67 counties. Sparsely populated Forest County had Pennsylvania's lowest cost of living in 2022 at $29,249, although that is negated by very low per capita income ($28,271). Pennsylvanians in the vicinity of the state's largest cities of Philadelphia and Pittsburgh had the highest per capita income (led by Chester County at $91,927/yr), and generally the most purchasing power.

Erie profiled somewhat better economically than its neighboring counties when it came to spending money, but similarly overall to Northwest Pennsylvania. Here's how they stacked up:

Erie County vs. the Tri-State Area

Here's how Erie County compared nationally in these indices versus our interstate neighbors.

Life's not cheap, even here in Erie. While we do not pay the premiums on dining and entertainment that people do in larger cities, we do contend with higher costs for heating and fuel (Pennsylvania has one of the highest fuel taxes in the U.S.), while feeling the same sting of inflation for our essential purchases.

By generating better, higher-paying jobs and educating a more qualified workforce to fill them, our collective purchasing power — and our local economy will ascend the ranks of similar studies in the future.