Erie will make the difference 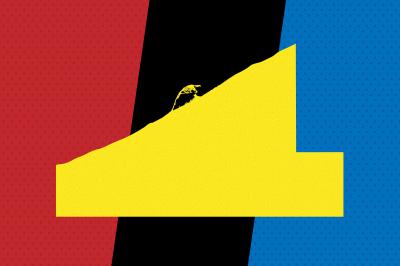 Erie County traditionally votes blue due to its heavily Democratic population base in the City of Erie u2014 however, in recent years it's taken on a purplish tinge as Republican sympathies have grown. It will prove an important battleground county in the upcoming general election, for both incumbent Donald Trump and Democratic challenger Joe Biden.

The demonstrations following the death of George Floyd remind me of my days living in Erie between 1968 and 1974. During these years I attended Gannon University and worked at the Greater Erie Community Action Agency (GECAC) under the highly respected community leader Ben Wiley. That experience inspired me to seek a career in Washington, DC, eventually becoming the U.S. Ambassador to Morocco and a foreign policy professional.

At the end of the 1960s and during 1970, racial tensions erupted in Erie, including serious violence on our campus. Civil Rights activist Julian Bond — who later would become chairman of the NAACP — was invited to Gannon in the middle of our lowest moments to speak with students in an effort to mediate the growing anger and violence. In addition, a small group of black and white students were brought together in a retreat house south of Erie for several days in search of a better understanding of one another. We came back from that experience more hopeful and as friends.

Ben Wiley's period of leadership in the early '70s was among the most optimistic for black-white cooperation and understanding. He and his social activist lieutenants, some who remain active today, grew GECAC from 50 to nearly 200 employees of various racial backgrounds. The city of Erie witnessed how black leadership could enrich the community for all citizens. Every Friday night we'd gather at the Pope Hotel for chitlins, chewing the fat, so to speak, feeling as though the world was changing for the better. Unfortunately, in hindsight, not much seems to have changed after all.

As a white person living through this Erie experience, I learned from black friends and colleagues that greater good comes from compassionate, empathetic, and caring individuals. The black community demonstrated at the time that although filled with hurt and pain and sometimes anger, they were the first to forgive, and maintained hope for an equal and just future.

Nearly 250 years ago, our founding fathers stated that all men were created equal but failed to actually include all people. It took Lincoln and Grant to make a remarkable and indelible mark with the 13th, 14th, and 15th Amendments, granting Black Americans their freedom, citizenship, and the right to vote, only to have those rights melt away after a dozen years of the Reconstruction.

Equal rights would lay dormant for more than 80 more years until Lyndon Johnson almost single-handedly pushed the Civil Rights Act through Congress in 1964, followed by his War on Poverty, which established community action agencies like GECAC, which raised the hope once again that blacks would be given equality.

Fifty years later and black folks are still waiting for full equal rights. How much forgiveness is there left in the black community?

At this time of needing a leader and a healer, we are strapped with a self-centered person who divides us, and who is among the most ineffectual U.S. presidents to hold office. Donald Trump has not only separated this country into factions, he's alienated our allies and set the world against us, with the exception of some authoritarian dictators with a similar mindset. During the nearly four decades of my professional career in foreign affairs, I have never seen four more disastrous years of international affairs than those under President Trump. Eight years could spell the end of American influence in the world.

President Trump's response to the killing of George Floyd and the ongoing coronavirus pandemic further accentuates the need for the United States to have a president who can unite the country with genuine compassion and empathy. One may disagree with some of Joe Biden's policies, but no knowledgeable person can say Joe's not caring, empathetic, and compassionate. His lifetime of public service has demonstrated a strong moral compass, with a calm and balanced ability to bring people together in solving problems.

We have to be hopeful at this momentous era in our history that a person with Joe Biden's experience and moral fiber has risen to become the Democratic Party nominee for president. He is most needed in this turbulent time. We really don't have another 50 or 80 years to wait, or even one. We cannot let the death of George Floyd be overlooked, nor miss the opportunity that the November election offers, to finally put this dreadful history behind us and move forward together.