A variety of regional and national innovators come together to talk tech. 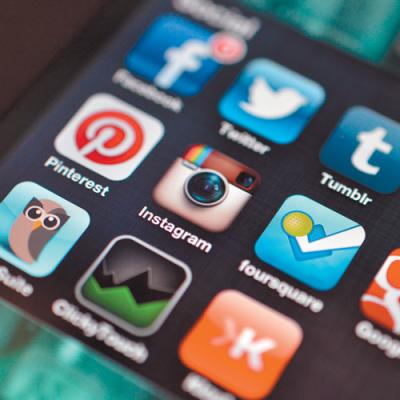 It's tough to think of an idea, issue, market, or community that hasn't been affected by digital technology over the past 10 years. We're watching TV on our telephones instead of in our living rooms. Slang has lead to emojis. Activists often choose hashtags over picket signs. "Friend" has become a verb.

Regardless of how you feel about these changes, one thing is clear – a digital vocabulary is increasingly integral to a successful career. Accordingly, a few tech-savvy professors at Penn State Behrend have decided to celebrate the creative, intellectual, and professional potential of digital media for three days in early spring.

One thing is clear – a digital vocabulary is increasingly integral to a successful career. Accordingly, a few tech-savvy professors at Penn State Behrend have decided to celebrate the creative, intellectual, and professional potential of digital media.

The Digital Media Festival, a free event which runs from March 30 to April 1, will feature presentations from a wide variety of plugged-in innovators – including artists, musicians, designers, psychologists, and even intelligence specialists.

It's not just a lecture series, either. The first night will conclude with an ambient musical performance from innovator David Watkins. On March 31, expect an introduction to RendrFx, an Erie-based software platform that allows us to create professional videos through user-friendly templates. Later that evening, you'll hear eccentric musical compositions – designed and performed through JavaScript coding – from Charlie Roberts of the Rochester Institute of Technology.

New media has come into recent focus at Penn State Behrend (where, in full disclosure, I also teach). The Digital Media Festival was conceived in conjunction with the school's new Digital Media, Arts, and Technology major, which combines the intellectual rigor of a liberal arts degree with a more practical, technological focus. Accordingly, the festival's scope extends beyond the voices of experts. Students working in the program will share their aural and visual works during the reception that concludes the festival at 8 p.m. on April 1.

Behrend's recent focus on digital art-making extends to its architecture as well. Its recently constructed Advanced Manufacturing and Innovation Center will feature a series of murals designed by Higherglyphics, an Erie-based design firm founded by artist Todd Scalise. Scalise, who collaborated with several Penn State students on the project, will discuss his concept of "Visual Public Relations" on March 30. Scalise sees the objects he makes as one component among many – and at Higherglyphics, "an entire public relations strategy is designed around the artwork, including promotional merchandise such as apparel which also serves as a residual source of revenue for clients."

According to Kristan J. Wheaton, associate professor of intelligence studies at Mercyhurst University, "understanding digital media and how to make effective digital media products is becoming increasingly important" in a variety of disciplines. Wheaton has years of experience in the field of military intelligence, where he saw firsthand how our nation's most important decision-makers "expect shorter, more vivid audio and video enhanced products" that can keep up with our 24-hour news cycle.

On March 30, his talk will emphasize the need for digital literacy in professional settings. He'll explore "how to better define client requirements, how to communicate more effectively with [them], and how to deal with the difficulties that inevitably arise" in the workplace.

Artist Richard Sayer uses digital media for a variety of aesthetic, intellectual, and technical purposes. As a photo-journalist for publications like The Meadville Tribune, working digitally allows him to reach "larger audiences beyond the print edition, to tell more rounded stories with unlimited internet space. Each assignment now can be a picture story put on the web which reaches people all over the world, not just within the circulation area." On April 1, he'll explore how the quickness of digital media helps him to "find the right moments" as a visual story-teller.

Finally, the festival will explore the ways that technology has rewired our minds as well as our desktops. On March 31, Christopher Via of Embry-Riddle Aeronautical University in Florida will explore the psychological impacts of video games. As a PhD candidate in Human Factors Psychology, Via researches the ways that people react to console video games and virtual reality software.

Penn State's Digital Media Festival should prove useful to anyone looking to move forward in a 21st century career. If you're a creative type looking for new ways to express yourself – or simply someone who'd like to make sense of an increasingly tech-savvy world – you'll probably leave with plenty of good ideas.