Good Time will make you feel exhausted, frustrated and a little bad about the world and humanity in general. 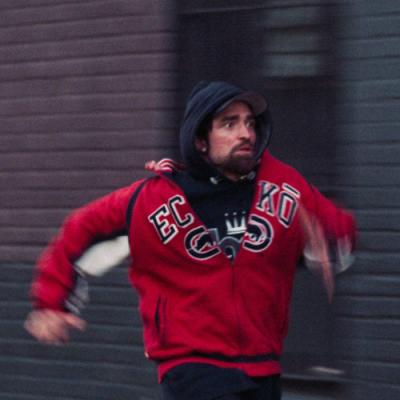 Good Time, the new film from Benny and Josh Safdie (Heaven Knows What) is a fast-paced, frenetic and ultimately miserable film that will most likely make you feel awful after seeing it. The film follows Connie Nikas (Robert Pattinson in a wonderfully sleazy performance) as he tries desperately to get his mentally-challenged brother out of prison after a botched bank robbery, only to have things go from bad to worse as he falls into increasingly horrible predicaments through the course of twenty-four nightmarish hours.

The film has the look and music of a 1980s Michael Mann crime film, but it is shot in a Paul Greengrass style, with lots of tight, hand-held shots and fast editing. The result is a dizzying and confusing, but still very stylish film that moves fast; in my opinion too fast. Because the film never takes the time to breathe, we never really get to meet the characters beyond their most basic characteristics. We never even learn why these brothers are robbing the bank in the first place. It makes for a frustratingly sparse experience. It's just scene after scene of despicable characters getting themselves into deeper and deeper trouble with no real point or purpose. Think After Hours but without any of the biting humor.

In the end, Good Time will make you feel exhausted, frustrated and a little bad about the world and humanity in general. Some people may see that as an endorsement but for me, it was somehow both too much and not enough. — Forest Taylor