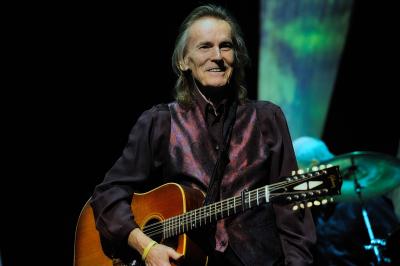 There are milestone birthdays and then there are legendary events, and the surprisingly spry Gordon Lightfoot celebrated his 80th birthday this year with — rather aptly — a tour commemorating his life, work, music, and, naturally, all his fans and their support. Dubbed "80 Years Strong," the tour stops off in Erie at the Warner Theater.

Lightfoot is from Ontario — our Lake Erie neighbor to the north — and is stopping by Erie on this cross-country tour of the U.S. He aims to play a blend of the big hits, personal favorites, and more obscure tracks from his extensive back-catalog — he has recorded 20 albums and has five Grammy nominations under his belt.

Famous hits include "If You Could Read My Mind," "Ribbon of Darkness" (a chart-topping hit on the U.S. country charts) "Rainy Day People," "Song for A Winter's Night" (check it out, Game of Thrones fans), and a true tale set on the Great Lakes, "The Wreck of the Edmund Fitzgerald."

Some consider Lightfoot to be a Canadian folk legend, having played an integral part in establishing the 1960s and 1970s folk-pop sound. In fact, he was inducted into the Songwriters Hall of Fame in June of 2012 for his efforts and influence.

It isn't often that a sonic genius and iconic musician swings through Erie, so if you have any interest in the man known as "Canada's greatest songwriter," or you're already a die-hard Lightfoot fan, then this concert is not to be missed. — Miriam Lamey