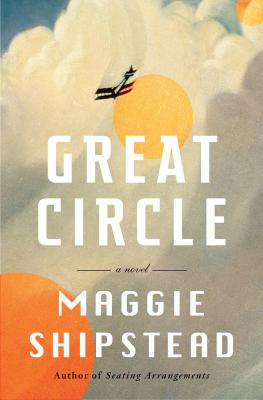 There is a lot to be said about the story told in Maggie Shipstead's newest novel, Great Circle. But to summarize it in one word: fantastic.

Spanning the majority of the 20th century, Great Circle is an adventure in and of itself. Its main venture is telling the story of Marian Graves, a female pilot who eventually sets out to perform a great circle of the earth. A great circle is, by definition, the largest circle that can be drawn on any given sphere, with Marian setting out to do so across both poles.

The novel, however, focuses less on her final attempted feat and more on her early life and what leads her to her great circle. Marian's story intersects with that of Hadley, a scandal-prone actress in modern-day Hollywood who, following a series of public disgraces, is cast to play Marian in a movie adaptation of the pilot's life and final flight.

The story's focus goes beyond Marian and Hadley, though. Sharing many of the pages is Marian's twin brother Jamie, a gentle boy who becomes a kind man and incredible artist. Other notable characters include Wallace, their painter uncle who takes in the twins when they are just babies; Barclay, a bootlegger who sets his sights on Marian and will not take no for an answer; Caleb, a childhood friend who grows with them into adulthood; and Ruth, a brazen female pilot Marian befriends during World War II.

Hadley, the Hollywood starlet playing Marian, has her share of fumbles and flaws, but ultimately wants to bring truth to Marian's story, digging into the pilot's past to truly understand the part she is playing. With some help from those who knew Marian, Hadley uncovers truths that she never could have imagined possible about the lost pilot.

Shipstead's writing is absolutely stunning, each character coming to life through her mesmerizing descriptions and masterful imagery. Each high is ridden along with Marian, each low felt intensely and deeply as though it were happening in real-time. There is something so amazing in the novel's composition that even the most mundane or technical details — such as complexities regarding airplanes and machinery — jump off the page, drawing the reader in.

In a display of true talent, Shipstead sets the scene of each location — and there are a lot of them — in striking beauty and detail. From Montana to Alaska, Europe to Africa, New Zealand to the Arctic, and many more places in between, the imagery is so profound that it is difficult not to feel as though you can smell the mountain air or feel the chill of subzero temperatures.

The only fault in the novel is in its ending — or, rather, the fact that it has to end at all. Shipstead has created a world so unique and filled with such riveting characters that it is devastating to have to leave them behind.

Great Circle is so heartbreakingly beautiful and stunningly written that each reader is sure to devour the story, hungry for more adventure.