Their most successful attempt to reinvent themselves in 15 years 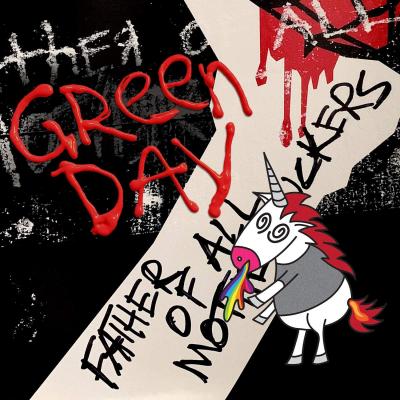 Three and a Half Stars out of Five

Despite their polarizing results, Green Day have spent at least three albums (five if you consider the trilogy as separate installments) attempting to separate themselves from American Idiot. Their latest album, Father of All…, features questionable vocals and a "rock-oriented" marketing campaign that would make most baby boomers blush. But despite its flaws, it may also be their most successful attempt to reinvent themselves in over 15 years. It's somewhat ironic that the band's most "punk" album in as long has hardly anything to do with the genre itself; rather, Father of All… channels blues-rock, Motown, and even hints of doo-wop throughout its precise 26-minute runtime. While the album's singles may feel tailor-made for the two-year NHL contract the band just signed, as a whole, the album plays like a fascinating disaster. Not unlike their tourmates in Weezer, Green Day presents a version of themselves that no one particularly asked for. On the one hand, it's hard to believe no one told frontman Billie Joe Armstrong to stop singing like that, and on the other, the songs are surprisingly solid for a band that's been together for 30 years.