Growing Pains: Good Boys is a Sweet Story Hidden in All the Vulgarity

The teenage narrative with a twist 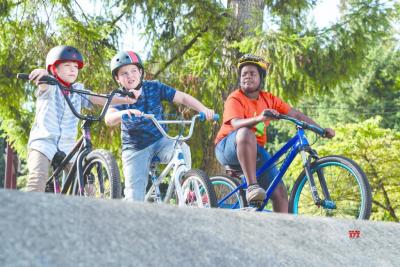 The raunchy high school comedy is nothing new. Ever since American Pie, we've seen a steady resurgence of movies about teenagers that are filled to the brim with sex, profanity, and vulgarity. However, what happens when filmmakers take that premise and set it around middle schoolers? Will all that tastelessness work as well when the cast is so young? That's what the makers of Good Boys hoped to achieve and there actually is a very nice story there that unfortunately gets drowned out amongst the groan-inducing "adult" material.

The narrative follows the "Bean Bag Boys," a group of young friends just beginning sixth grade who suddenly find themselves attracting the attention of the cool kids when one of their group gets invited to a "kissing party." Unfortunately, none of them know how to kiss and in their quest to gain some insight, they accidentally destroy one boy's father's drone. Their quest to get a replacement leads them to run-ins with two teenage girls, a bag full of drugs, a frat house, and way too many sex toys.

The screenwriters try to have fun with this "inappropriate" material, but it just reveals the limitations in the filmmaking. Hearing young kids say lines that were obviously written by adults is extremely jarring and oftentimes the profanity is merely a means to hide how bad the script can be. That said, there is a surprisingly sweet story in there about friendship and growing up and the three leads are all incredibly likable. When the lewdness subsides and we can just watch these kids being kids, the story can become downright heartwarming. But there is a lot of raunchiness to get through to get us there. — Forest Taylor

by Forest Taylor2 hours ago