Pert 1 of a two-part series 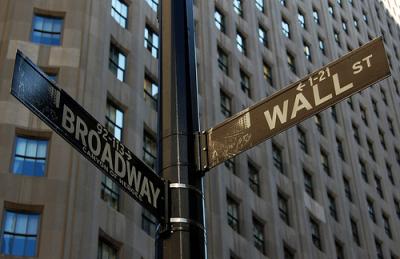 If Americans became aware, together, of certain very important facts about the financial collapse of 2007 - 2009, they would be angrier than they were at the bailouts. Republicans and Democrats were equally responsible for the legislation that enabled the bubble. Negligent regulation of financial institutions failed to control it. Individuals took out mortgages they could not afford. "Liar lender" loan officers, to keep jobs, earn fees and bonuses, helped them falsify applications. Home prices skyrocketed. Wall Street firms negligently created securities based on mortgages that were much riskier than advertised. Rating agencies took fees to grossly overrate these securities, which were then bought by insufficiently diligent investors. Both parties' officials took campaign contributions and overlooked repeated early warnings of increasing risk. When the collapse became too great to ignore, Bush and Treasury Secretary Paulson came to the Congress and public, looking like frightened schoolboys, asking for $700 billion to bail out the biggest banks. Bailouts of big private corporations have been a long repeated bipartisan policy in the United States. But this time the parties were so unprepared for the severity of the collapse that they did not even know how they should use the money. That didn't prevent Obama and the Democrats from essentially continuing basically the same objectionable policy of the Republicans: bail out the private corporations, recapitalize them.

Since the collapse, the Federal Reserve, ("The Fed") has played a decisive role in reviving the Wall Street economy of large banks and corporations. Once that role is revealed, a more complete picture of response to the collapse emerges. It isn't pretty. It's a picture of an Unholy Alliance of monstrously powerful beasts, leviathan and behemoth, "Big Government" and "Big Businesses" (corporate 'persons'). They appear in the media to thrash about like King Kong and Godzilla fighting. But it's a movie fight. They are cooperating, not countervailing powers. Millions of real American citizens continue to suffer while the Wall Street economy has been made profitable again. Real Americans' wealth has been impaired or obliterated. Their jobs have been abolished. They've been cast out of their homes and security. Their incomes and opportunities, their fate and the prospects of their children have been diminished. The "news" media, however, from left to right, focuses mainly on distracting symbols for "Big Government" and "Big Business," i.e., presidential candidates, as they roar "beat" one other in the election of 2012.  Meanwhile, behind the scenes, the Unholy Alliance continues to exchange money for political allegiance, special interest favoritism, and corporate welfare.

This is a story of political economy. Many Americans are victims of an education system that leaves us without economic facts and principles. The system leaves us lacking critical thinking ability and common sense to understand our economy. We are also misinformed by mainstream news media (both "liberal" and "conservative") that omit crucial facts, or don't bring them together in headlines. The media obscures omissions with extreme exaggerations, distortions, and "infotainment." They repeat views of elected officials, no matter how absurd, or ill-founded, far more than they print fact – based contradictions of them. Think of the number of public repetitions by Bush administration officials that: "Iraq has weapons of mass destruction." Then think how many times you were dosed with terrorizing views of the World Trade Center towers crashing down.

Republicans and Democrats must both be sufficiently centrist to get enough money to campaign for election to national office.  So they tell centrist stories, according to which - yes - our system has some imperfections, but our party can remedy them. And conservative opinion molders use self – flattering propaganda about how some voters are self-reliant, hard working producers who deserve government help when they need it, while others, (minorities) are "unproductive freeloaders" supported by whites' tax money.

On the ends of the political spectrum are two small parties, Libertarians and Greens, each seriously challenging, from different perspectives, the Unholy Alliance of Big Government and Big Corporations. They disagree profoundly on basic philosophy of government and react in opposition to the centrists and each other.  But they actually agree on some major wrongs needing correction, and could agree on some major transitional reforms. Lack of understanding of the links between Big Government and Big Corporations keep them, including "Tea Party" and "Occupy Wall Street" types, apart and leave us all at the beasts' mercies. The main link is an army of about 12,000 troops, registered lobbyists, permanently occupying Washington, D.C.

The key fact about the response to the collapse, understated, or completely omitted, is that since December 2007, the Federal Reserve has loaned big banks, including foreign ones, at near zero interest, enormously more money than has been promised to puny human American citizen people! We human people are stagnant and suffering, partly because Republicans and Democrats share a centrist "economic theology" containing the dogma that too big to fail (TBTF) corporate demigods of the Free Market must be succored, while puny, impoverished "no-account" human citizens must fend for ourselves. Big Government has anointed Big Corporations with legal personhood, including now freedom of speech, even though, unlike mere human American citizens, corporations have limited liability and potentially unlimited life spans.

The financial collapse of 2007-09 destroyed somewhere between $7 and $13 trillion of wealth, much of it constituting asset based purchasing power, eligibility for credit arising from people's homes as assets, or in stock accounts for retirement. Then private "job creators," fearing they could no longer profit from the labor of so many employees, destroyed 8.5 million jobs in just 19 months (December '07 – June '09.) Official unemployment, by smallest measure, reached nearly 10 percent when it's "normally" around 4-5 percent, and has only gradually declined to 8.3 percent (about 13 million) in March 2012.  The speed of job destruction is indicative of the extreme increase of family income volatility, insecurity in America. This is consistent with facts cited by Joseph Hacker, in The Great Risk Shift. He points out that "a stunning 58.5 percent of Americans will spend at least a year in poverty between the ages of 20 and 75" (pg. 32 – and that doesn't include cash -poor college students!)Student debt is approaching $1 trillion.  Industry is now operating at about only 76 percent of capacity and inflation is low in general, with the exception of oil and food. Oil and food product inflation is due to large increases in investment in speculation on futures by mega banks and hedge funds. And then The Fed served the gambling mega banks, at extremely low interest, the staggering sum of $16.1 trillion!